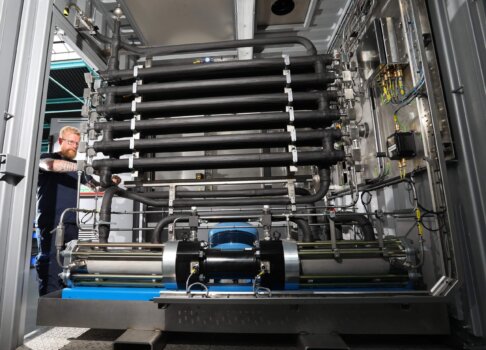 Hydrogen refuelling infrastructure in New Zealand will receive a significant boost next year (2022), with Haskel Hydrogen Systems and Hiringa Refuelling committing to the roll-out of multiple stations, in a move which they say will “kickstart” the hydrogen transport industry across the country.

To achieve this double-digit rollout, Haskel and Hiringa have committed to opening the first four stations in the North Island next year to support major heavy freight route. Then, the network will expand into the South Island, and so on throughout the next four-five years.