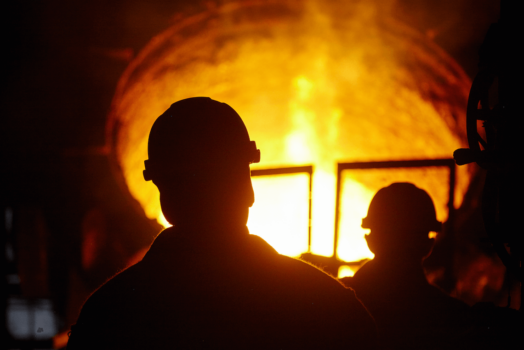 How the pull of green steel can make green hydrogen competitive

Following the announcement of the €2.5bn H2 Green Steel initiative that will establish the world’s first large-scale green steel producer, Jacob Ruiter, CEO of EIT InnoEnergy Benelux, discusses how changing the way the business case for green hydrogen is considered has been vital for building momentum for Europe’s green hydrogen value chain.

It is often said that it is human nature to shy away from change. Until recently, one might have said the same about decarbonising industrial processes. While developing renewable technologies to decarbonise electricity has been “relatively straightforward”, decarbonising energy intensive industries, replacing natural gas to generate heat and reimagining CO₂ intensive industries to remove or reduce carbon has not. Yet, between Europe’s goal to be climate-neutral by 2050, growing consumer interest in sustainability, and the arrival of positive returns for the green hydrogen business case, energy intensive industrial processes are primed for a shake-up.

Of course, green hydrogen is not the only solution for industrial decarbonisation, but it is a means and a strong catalyst for change. It has the benefit of sector coupling with a continuously decarbonising electricity system, and, by focusing on energy intensive or CO₂ intensive industries such as steel, cement and fertilisers first, it can make a big impact in a relatively short period. In fact, steel is responsible for eight percent of global carbon dioxide emissions[1] while cement accounts for seven percent of the share[2].

Growing the value chain
In Europe, various value chains already exist thanks to the production of grey hydrogen and the bubbling interest in blue hydrogen projects. However, to organically build the existing value chain to produce green hydrogen would take years. Recognising that the world simply doesn’t have that time, last year, EIT InnoEnergy partnered with Breakthrough Energy to launch the European Green Hydrogen Acceleration Center (EGHAC), an initiative to set-up large industrial projects by commercialising green hydrogen at scale. The EGHAC acts as an open platform, bringing interested parties together from across the value chain to forge the connections necessary to build a pipeline of industrial green hydrogen projects.