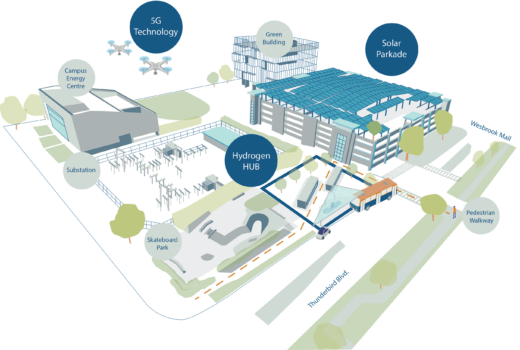 By Molly Burgess on May 06, 2021
Translate
News Technology

The University of British Columbia (UBC) has unveiled major plans for a $23m renewable energy hub that will transform an entire city block into a smart energy district – and the plans include one of the province’s first hydrogen refuelling stations.

A key feature of the development will be a water electrolyser that will use electricity from the hub’s solar panels to split water into hydrogen and oxygen to produce 100% clean hydrogen that will then be utilised at the onsite hydrogen station for light and heavy-duty vehicles.