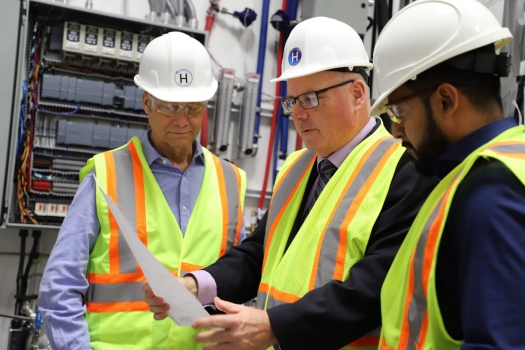 Launched to the public earlier this year, Hydrogen Optimized may seem new to the hydrogen market but the company’s history spans over 115 years and four generations.

In February this year, the Canadian company was launched by President and CEO, Andrew Stuart with a goal to deploy its technology and accelerate large-scale adoption of renewable hydrogen production.

Despite its modern-day launch, hydrogen has been in the Stuart blood ever since Stuart’s grandfather pioneered water electrolysis which utilised surplus hydroelectricity to produce hydrogen and oxygen for the chemical, industrial and energy markets.

115 years after the family’s first hydrogen innovation, H2 View spoke exclusively to Stuart to celebrate the recent official launch of Hydrogen Optimized and find out about the company’s deep history.