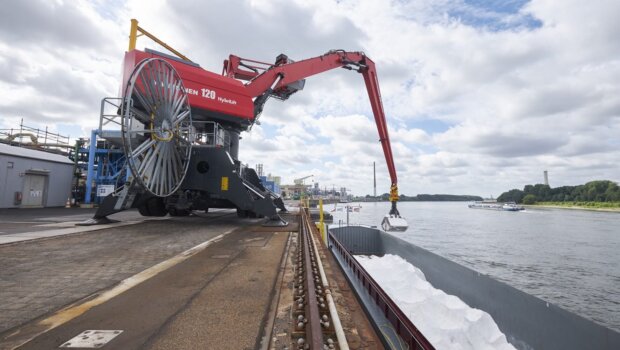 Hydrogen-powered barges planned for the Rhine

Plans to convert the salt transport fleet on the Rhine to hydrogen-powered ships are underway, with an aim to have serval in operation by 2024.

Under the agreement, the companies will support the development of a hydrogen infrastructure at ports and loading stations along the Rhine to establish a climate-neutral transport route on the Rhine-Alpine corridor.

It is hoped that the first two zero emission ships will begin operations between the Netherlands and Covestro’s three Lower Rhine sites as early as 2024.