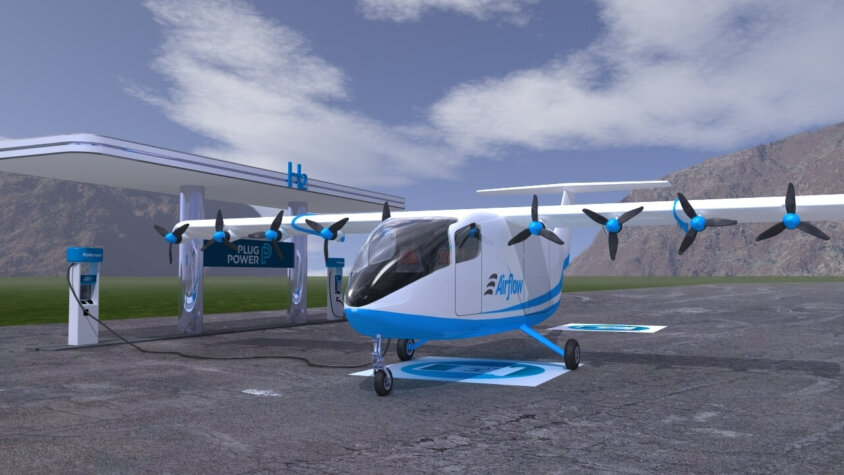 Yet again, more moves have been made in the hydrogen aviation space – and this time, new generation sub-regional aircraft are in focus.

Airflow and Plug Power have joined forces for the effort, which will see the development of a hydrogen fuel cell-based propulsion system designed for sub-regional aircraft.

Having received this investment, along with multiple others, Airflow will now be able to accelerate bringing hydrogen aircraft, and its innovations, to market.

Under terms of the partnership, Plug Power will also serve as Airflow’s preferred hydrogen provider, presenting further opportunities for the company’s refuelling innovations.

On the partnership, Andy Marsh, CEO of Plug Power, said, “Over the last several years we’ve been increasing our commitment to the aerospace market. Airflow represents another vital leg of the stool in our aerospace strategy.

“In order to establish a complete ecosystem for the aviation market and enable a global transportation system powered by green hydrogen, it’s essential that we work with players across aircraft classes who deeply understand the unique applicability of hydrogen in an industry as weight-sensitive as aviation.

“We see the development and certification of a system for Airflow’s Part 23 aircraft as an ideal entry point into the aerospace market that enables expansion into larger aircraft programmes.”

Marc Ausman, CEO of co-founder of Airflow, added, “This initial investment from Plug power is important to our ongoing development work at Airflow and we’re thrilled to have an industry leader in the hydrogen economy supporting our ambitious objectives.

“We see hydrogen fuel cell technology as a key thrust of our next generation power systems, which along with sustainable aviation fuel-based hybrid systems and advanced battery systems, allow us to provide flexibility to our customers to deliver an aircraft that best meets their individual missions needs and sustainability goals.”