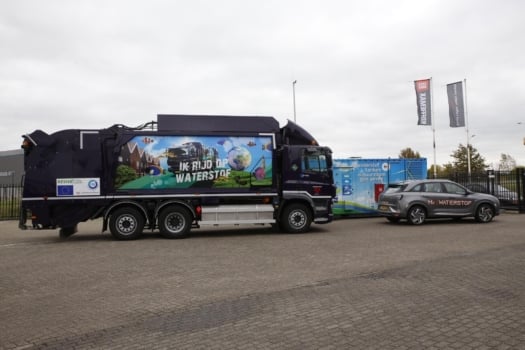 The first hydrogen refuse truck from the FCH JU-funded REVIVE H2 project is now operating in Breda, the Netherlands.

Developed and produced for the City of Breda by E-Trucks Europe, the vehicle will be supported by a mobile hydrogen refuelling station as part of the Hydrogen Region 2.0 project.

In the future, the truck will refuel at a new permanent hydrogen station, which will be integrated into a multi-fuel station currently under development by Total Nederland.

The truck is the first of 15 that will be deployed across eight sites in Europe, as part of an effort to compile a robust evidence base for the continued roll-out of fuel cell technology for zero emission waste collection.