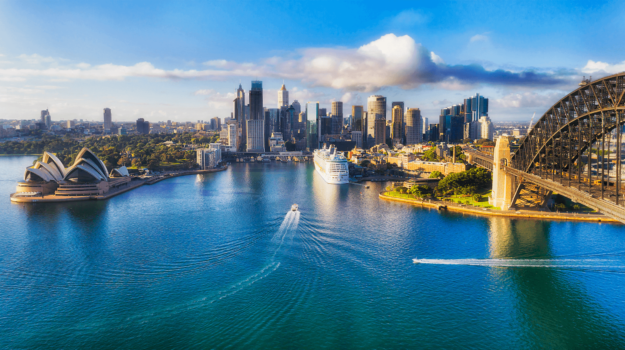 Addressing the National Press Club in Canberra, he highlighted Australia’s National Hydrogen Strategy, which he said has the potential to make Australia one of the top three exporters of clean hydrogen, create thousands of new jobs, and billions of dollars in economic growth between now and 2050, as well as meet the country’s future energy needs.

“Let’s assume that with solar, wind and natural gas, we will achieve a reliable, low emissions electricity supply. Is this enough? Not really,” Finkel said.

“We still need a high-density source of transportable fuel for long distance, heavy duty trucks. We still need an alternative chemical feedstock to make the ammonia used to produce fertilisers. We still need a means to carry clean energy from one continent to another.”

“First, we can split water in a process called electrolysis, using renewable electricity. Second, we can use coal and natural gas to split the water, and capture and permanently bury the carbon dioxide emitted along the way,” he said.

“I know some may be sceptical, because carbon capture and permanent storage has not been commercially viable in the electricity generation industry. But, the process for hydrogen production is significantly more cost-effective for two crucial reasons.”

“Because hydrogen fuel carries much more energy than the equivalent weight of batteries, it provides a viable, longer range, alternative for powering long-haul buses, B-double trucks, trains that travel from mines in central Australia to coastal ports, and ships that carry passengers and goods around the world”

“First, since carbon dioxide is left behind as a residual part of the hydrogen production process, there is no additional step, and little added cost, for its extraction. And second, because the process operates at much higher pressure, the extraction of the carbon dioxide is more energy efficient and it is easier to store.”

Once extracted, Finkel said hydrogen provides unique solutions to the remaining challenges we face in our future “Electric Planet”.

“First, in the transport sector, Australia’s largest end user of energy. Because hydrogen fuel carries much more energy than the equivalent weight of batteries, it provides a viable, longer range, alternative for powering long-haul buses, B-double trucks, trains that travel from mines in central Australia to coastal ports, and ships that carry passengers and goods around the world.”

“Second, in industry, where hydrogen can help solve some of the largest emissions challenges. Take steel manufacturing.”

“In today’s world, the use of coal in steel manufacturing is responsible for a staggering 7% of carbon dioxide emissions. Persisting with this form of steel production will result in this percentage growing frustratingly higher as we make progress decarbonising other sectors of the economy.”

“Fortunately, clean hydrogen can not only provide the energy that is needed to heat the blast furnaces, it can also replace the carbon in coal used to reduce iron oxide to the pure iron from which steel is made. And with hydrogen as the reducing agent the only by-product is water vapour. This would have a revolutionary impact on cutting global emissions.”

“Third, hydrogen can store energy, not only for a rainy day, but also to ship sunshine from our shores, where it is abundant, to countries where it is needed. Let me illustrate this point.”

“In December last year, I was privileged to witness the launch of the world’s first liquefied hydrogen carrier ship in Japan. As the vessel slipped into the water, I saw it not only as the launch of the first ship of its type to ever be built, but as the launch of a new era in which clean energy will be routinely transported between the continents. Shipping sunshine.”

“And, finally, because hydrogen operates in a similar way to natural gas, our natural gas generators can be re-configured in the future to run on hydrogen — neatly turning a potential legacy into an added bonus. We truly are at the dawn of a new, thriving industry.”