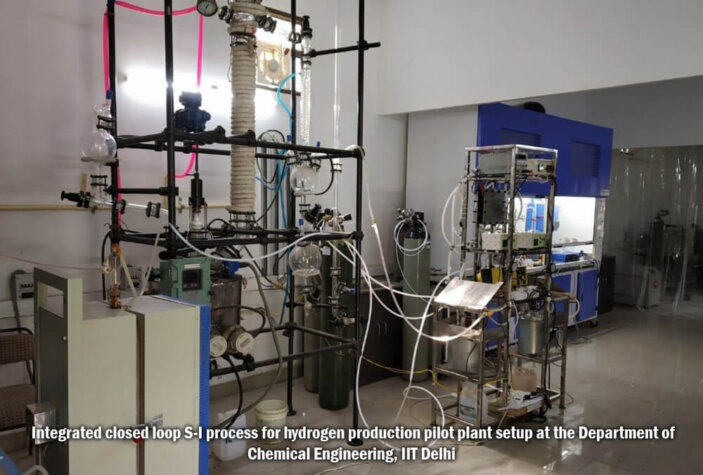 Researchers from IIT Delhi, in collaboration with the ONGC Energy Centre, India, have successfully generated clean hydrogen fuel from water at a low-cost.

Commenting on the achievement, Prof. Sreedevi Upadhyayula, Department of Chemical Engineering said, “There is an imminent need to switch over to renewable energy sources such as water.”

“The thermo-chemical hydrogen cycle for splitting water offers a practical means of generating hydrogen as a fuel and also oxygen as a by-product. Hence, it can be considered favourably for the commercial production of hydrogen on a large scale, in the near future.”

One of the challenges in the low-cost conversion taken-up by the IIT Delhi researchers in the project, was to design a suitable catalyst for the energy intensive, corrosive step of sulphuric acid conversion to sulphur-dioxide and oxygen.

The in-house catalyst developed met the criteria and is now patented. The modified iron oxide catalyst dispersed on silica surface on a silicon-carbide support catalyst is not only cost-effective and is also functional under the high temperature and corrosive conditions of the reaction.

“We have employed a combined state-of-the-art experimental and theoretical approach to design an efficient and cost-effective heterogeneous catalyst (for the sulphuric acid decomposition step of S-I cycle for hydrogen production) functional under high temperature, corrosive conditions while also being cost-effective,” Prof. Upadhyayula added.