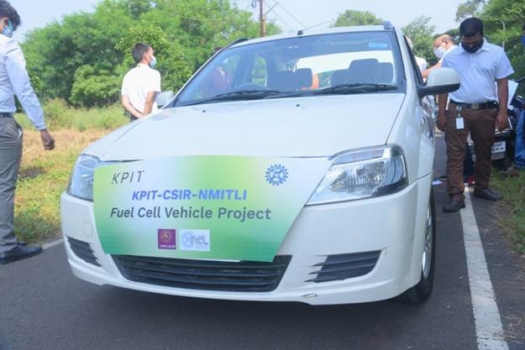 India’s first hydrogen fuel cell prototype vehicle has been successfully tested by the Council of Scientific and Industrial Research (CSIR) and KPIT.

Based on a fuel cell stack developed at CSIR’s National Chemical Laboratory, the vehicle is capable of running at moderate speeds with a driving range of approximately 250km.

KPIT contributed its expertise in stack engineering which included the light metal bipolar plate and gasket design, development of the balance of plant (BOP), system integration, control software and electric power trains that enable the vehicle to move.

Ravi Pandit, Chairman of KPIT, said, “The future of this technology is very bright, and it is expected to be commercially more viable due to indigenous development. This is an important technology that will help India reduce pollution and reduce fossil fuel imports.”

Professor Ashwini Kumar Nangia, CSIR NCL Director, said, “Now is the time to use hydrogen-based renewable energy as a fuel for transportation in the country.”