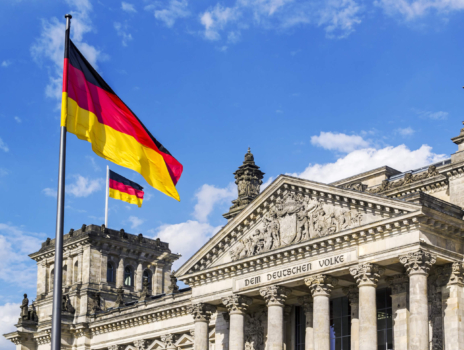 Today, the Federal Government of Germany will announce its National Hydrogen Strategy that will look at hydrogen as a key element to decarbonise the country’s energy system.

The strategy will feature 38 action items that will balance the relevant aspects from climate change, to research and innovation, to economic and regulatory frameworks as well as aspects of international cooperation.

Further development of the European Hydrogen Strategy, which is set to be adopted during the German Co-Presidency and the Council of EU in the second half of 2020 will also be discussed within the document.

The German Hydrogen Strategy creates an alignment between the European recovery plan and the development of a national hydrogen market. Germany as one of Europe’s industrial centres is an important market for hydrogen, which is an alternative and versatile energy carrier, that can be used in industry, transport and the heating generation.

Commenting on the strategy, Adreas Kuhlmann, Spokesperson for the Global Alliance Powerfuels and CEO of the Germany Energy Agency, said, “It is remarkable and well through that the National Hydrogen Strategy also includes hydrogen derivatives.”

“This is an important step towards establishing international markets for powerfuels.”

Also commenting on the strategy, Kurt-Christoph von Knobelsdorff, Managing Director of NOW GmbH, said, “With the National Hydrogen Strategy, Germany is finally making the leap into a sustainable energy system.”

“The hydrogen strategy is the long-awaited breakthrough for Germany as an industrial and technology location, which has been a world leader in hydrogen for many years. It sets the framework for the broad application of hydrogen technologies and provides the funding necessary for a market ramp-up.”

Juergen Wollschlaeger, CEO of Raffinerie Heide, also commented, “The emphasis on ‘green’ hydrogen is a vital strength of Germany’s hydrogen strategy and we believe this holds the key to truly kickstarting the hydrogen economy and achieving sustainable hydrogen production long term.”

“Green hydrogen has the ability to decarbonise some of the hardest to abate sectors – including aviation, chemicals, cement, and more – potentially supercharging Germany’s climate change mitigation efforts.”

“Through the Westküste100 project our vision is to establish a 700MW electrolysis unit by 2030. This could contribute up to 15% of Germany’s planned electrolysis capacity within this timeframe, significantly contributing to the vision of a cleaner future, which we’re thrilled to be part of.”