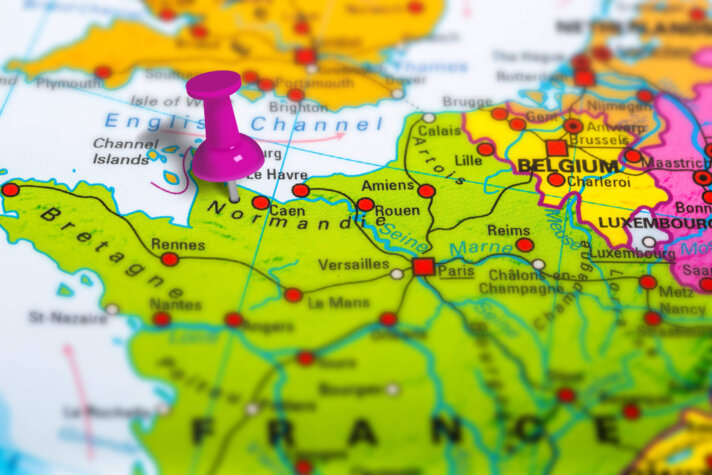 Normandy, France has been identified as a region full of potential for hydrogen investment with particular interest from the Nordic countries due to its location and established industrial assets.

The region is crucial for the successful integration of hydrogen to the wider European markets with the region located between London and Paris, with direct access to the 650km long most-used maritime route: the English Channel.

The region has the potential for large hydrogen imports and exports with two major seaports in Le Havre and Rouen, and an additional three regional ports – Dieppe, Caen Ouistreham and Cherbourg – which all see a large flow of goods on a day-to-day basis.

Perhaps the most significant factor is that the region can count on historical skills linked to the production, consumption and handling of hydrogen with the territory containing assets and favourable conditions for the emergence of new hydrogen-related projects.

This is showcased with nearly one-third of all national hydrogen consumption in France coming from Normandy, particularly in the petrochemical sector and at the Ariane Group test site in Vernon.

The hydrogen industry is also expanding rapidly with 30 new hydrogen projects having been launched since 2016, showcasing the area’s promise for spearheading national hydrogen strategies.

19 local authorities and three departmental energy unions are also involved in making Normandy a leader in the hydrogen sector with an additional 15 research structures with expertise in energy, propulsion, environment and sociology.

The Clean Hydrogen Alliance was established in 2020 with the aim to bring together industries, national and local authorities, civil society and other stakeholders into the hydrogen equation.

The group identified Normandy as a key region in the European aim to decarbonise the mobility sector with various projects set up to support the European Hydrogen Valleys Partnership.

Since this establishment, Normandy has become involved in the mobility and industry panels through its role as a co-pilot of the European partnership of H2 Valleys Regions.

The Hydrogen Valleys partnership is an integral part of this European Alliance which is aiming to establish deployment of hydrogen technologies by 2030 bringing together renewable and low-carbon hydrogen production, demand in industry as well as mobility and other sectors.

The Alliance could rely on Normandy’s established distribution network as a means to stretch out to the wider European markets thus establishing the region as a hub for hydrogen.

The European Hydrogen Valleys Partnership brings 40 European regions together, with the industrial modernisation agreement looking to organise collaborative work between the member regions to facilitate joint projects in the field of hydrogen and fuel cells.

Included in this, the partnership is looking to make Normandy a privileged interlocutor of the European institutions to influence future calls for projects in addition to ensuring effective deployment of relevant technologies to implement the energy transition in the territories.

The region has seen a lot of local support for this ambition with 20 local authorities and 27 companies already involved with this project with around 40 hydrogen vehicles already in circulation in Normandy to date.

This is expected to be expanded upon to reach 90 in the coming months.

Directly influenced by this project, the first bi-pressure hydrogen station in Normandy was established in Evreux with the city recently acquiring a multi-energy station that could support the future of mobility.

EMEC to explore hydrogen supply chains in Scotland and France