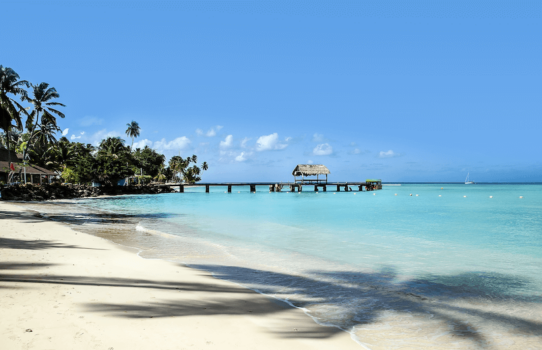 By Joanna Sampson on May 12, 2021
Translate
Feature

The southern Caribbean islands of Trinidad and Tobago are an exercise in beautiful contradiction. In Trinidad, pristine mangrove swamps and rainforested hills sit side-by-side with smoke-belching oil refineries and unpretty industrial estates. Tobago has everything you’d expect from a Caribbean island, with palm trees and white sand aplenty1 .

A major industrial centre in Trinidad and Tobago is the Point Lisas Industrial Estate, which is home to the majority of the country’s heavy gas industries that include numerous ammonia plans and methanol plants; a natural gas-to-liquids processing facility; and two power stations. Most of this industry is dependent on natural gas which is produced offshore, mainly the east coast of Trinidad, and transported by pipeline across the island.

Whilst Trinidad and Tobago is very much currently a fossil fuel-based economy, the government is committed to meeting its Paris Agreement targets of reducing the country’s carbon footprint by 15% by 2030. Trinidad and Tobago’s Energy Ministry has been working with the National Gas Company (NGC) and the National Energy Corporation (NE) to transition the country away from natural gas and towards a more environmentally friendly alternative, hydrogen. To this end, the entities signed a Memorandum of Understanding (MoU) with Kenesjay Green Limited (KGL) to work together to create industrial options for a sustainable hydrogen economy in Trinidad and Tobago.

Work is already underway, with KGL subsidiary NewGen Energy Limited unveiling plans for a green hydrogen production facility in the Point Lisas Industrial Estate last year – which would be a first-of-its-kind for the islands. By introducing a new source of green hydrogen to the petrochemical sector of Point Lisas at a competitive cost, the NewGen hydrogen project will play a key role in the drive towards decarbonising Trinidad and Tobago’s energy industry. The hydrogen will be generated on an industrial scale from carbon-neutral and renewable sources of electricity using an electrolysis process.