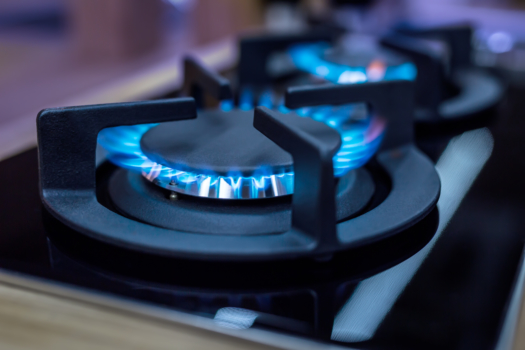 Is hydrogen the future of heat in the UK?

Hydrogen could be used in the future to heat homes and businesses in the UK, Ofgem’s new Decarbonisation Action Plan says.

According to the report, in 2017, just 4.5% of the energy used for heating the UK’s 29 million homes and other non-residential buildings was from a low carbon source.

If the UK is to meet its current ambitious climate target of net zero emissions by 2050, this number needs to rise significantly.

As the energy regulator, Ofgem has a pivotal role in paving the way for the energy sector to decarbonise and it needs to make sure that happens at the lowest cost to consumers.

To meet net zero, Ofgem said the UK could see the introduction of hydrogen boilers – like the one Worcester Bosch unveiled earlier this week.

But what does this really mean for the consumer and will they have to have a brand new central heating system?

No, says the Institution of Gas Engineers & Managers (IGEM), who is seeing an increasing body of evidence to show that the UK can transition from natural gas to hydrogen in the late 2020s, providing customers with a low cost, low carbon and highly resilient heat system, with minimal disruption to their everyday lives.

“There are no magic bullets when it comes to the future of heating, power and transport,” said Neil Atkinson, IGEM’s Chief Executive.

“There will not be a fully electric solution and IGEM agrees with the Committee on Climate Change that reaching net zero will require a mix of solutions for the whole energy system including electricity, low carbon gas and renewables.”

“Hydrogen and other low carbon gases such as biomethane will provide transport solutions and will provide clean, green energy to the home.”

“Heat networks and hybrid heat pump solutions will also play a role in the transition from natural gas to hydrogen.”

“However, this does not mean ripping out gas central heating from every home.”

“Whatever paths we choose, our decisions must be balanced against their feasibility and resilience, their acceptability to the consumer and their cost, especially for the poorest customers, many of whom already struggle to heat their homes within their budgets.”

The UK gas industry is leading the world in hydrogen research, with industry-wide projects such as H21, led by Northern Gas Networks and other gas transporters; Hy4heat, funded by BEIS; H100 from SGN; HyNET form National Grid and Hydeploy, led by Cadent.

These projects are supporting the move to hydrogen-based heat, away from natural gas.

The transition to a hydrogen gas network is also highly supportive of the widespread adoption of hydrogen fuel cell vehicles, applying gas infrastructure at the forecourt.

“With the right funding in research and demonstration, and investment in pre-transition activities, the UK gas industry can lead the world towards a net zero future,” Atkinson continued.

“IGEM is excited about the prospect of converting our current gas transmission and distribution systems to hydrogen and, as support for this low carbon source grows, we will continue to support the industry as it seeks to prove the safety case for its adoption.”