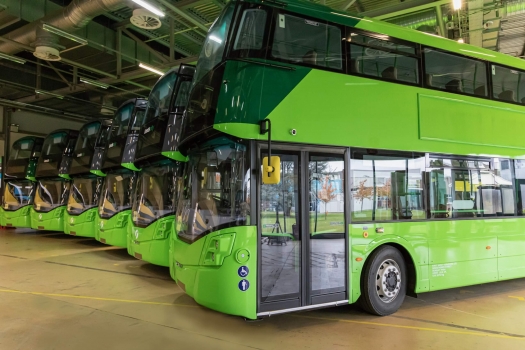 JCB heir Jo Bamford has revealed plans for a 3,000-strong hydrogen bus fleet in the UK.

The owner of Ryse and Wrightbus, Bamford proclaims that zero carbon, UK-made hydrogen technologies must play a pivotal role in driving the British economy forward.

Ryse last year acquired Wrightbus, the UK manufacturer behind the world’s first hydrogen double decker bus, and Bamford believes an urgent introduction of hydrogen buses will lead to a knock-on transformation of other heavy-duty vehicles, such as lorries, trains, ships and even ambulances and police cars.

Plans are being drawn up to introduce fleets of state-of-the-art buses in places such as Aberdeen, London, Birmingham, Liverpool, Manchester, Brighton, Glasgow, Edinburgh and Belfast, with interest from relevant authorities.