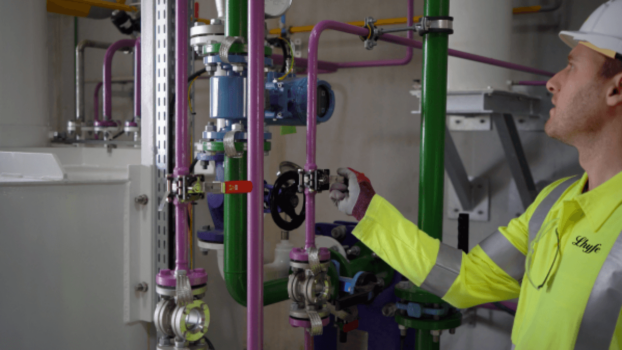 In what the company says is a world first, clean energy firm Lhyfe has produced 627kg of renewable hydrogen using an electrolyser powered by wind turbines located a few metres away.

Announcing the major milestone on Tuesday (September 7), Lhyfe said production of the green hydrogen follows just a few days of testing at its site located in Bouin, France – and now the site is ready for industrial scale production.

Initial hydrogen production was to finalise tests. Now complete, both industrial production and sales will start for a number of new partners in September. Lhyfe has not revealed any names of its partners, however, these are expected to be unveiled soon.

Once fully operational, the site is expected to produce 300kg of renewable hydrogen a daily, with plans already in place for scale up in the coming months.