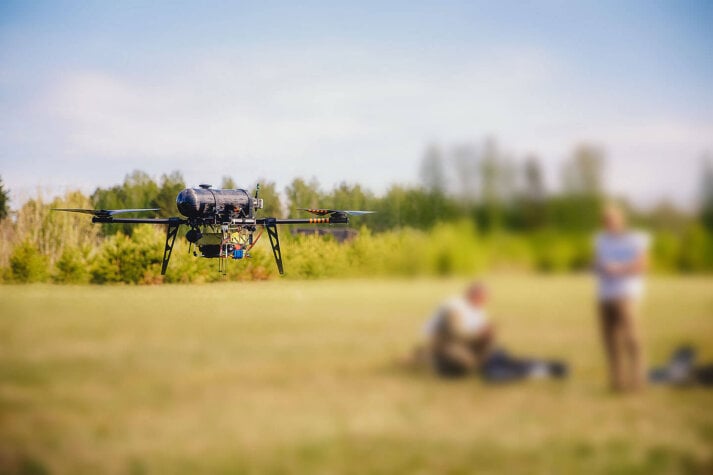 LIG Nex1 has been selected by the South Korea’s Ministry of Trade, Industry and Energy to develop a hydrogen cargo drone with a capacity of 200kg.

The project is to develop a cargo drone, powered by hydrogen fuel cells that can carry 200kg worth of goods with a demonstration site in collaboration with local governments.

Despite several different types of hydrogen-powered drones already created in Korea, this is the first case of one developed specifically for transporting heavy cargo the groups say.

LIG Nex1 has been specifically chosen due to its experience in developing hydrogen drone technology, this includes a drone system with a load weight of 40kg in addition to a small reconnaissance/strike combined drone which has been development since 2020.

It is expected that this technology will be commercialised in connection with UAM and applied as a military drone to support the Army, Navy, Air force and Marine Corps after the projects completion.

The drones will be able to transport munitions and emergency supplies to remote and isolated units in war helping to support the supply network in warzones.

When commercialisation for heavy cargo hydrogen drones increases, the establishment of a distribution network will help increase the proficiency of logistics and transport capacity.

The total cost of this large-scale project over the five years is expected to be around ₩44.3bn ($39m).