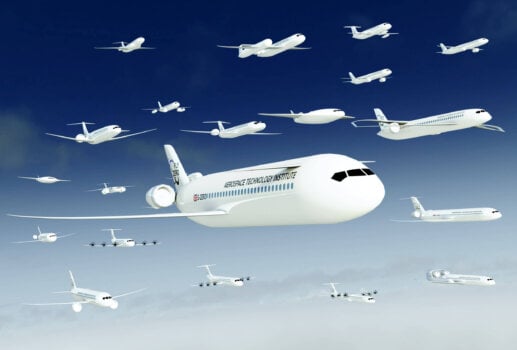 Liquid hydrogen has more potential than battery and ammonia in aviation, says ATI as it reveals new fleet of concept aircraft

Aerospace Technology Institute (ATI) has revealed a new fleet of zero-emission aircraft today (Sept 24) and identified liquid hydrogen as having the “highest potential” as the future fuel in the aviation sector.

The UK research specialist unveiled the news as part of its FlyZero study, which found liquid hydrogen had more potential than battery and ammonia to power then next generation of commercial aircraft.

Project Director Chris Gear said this is mainly because of the very high power to weight ration and zero-carbon emission credentials hydrogen offers.

“Our analysis shows liquid hydrogen has massive potential in terms of energy density as a primary fuel source for commercial aviation,” Gear continued.