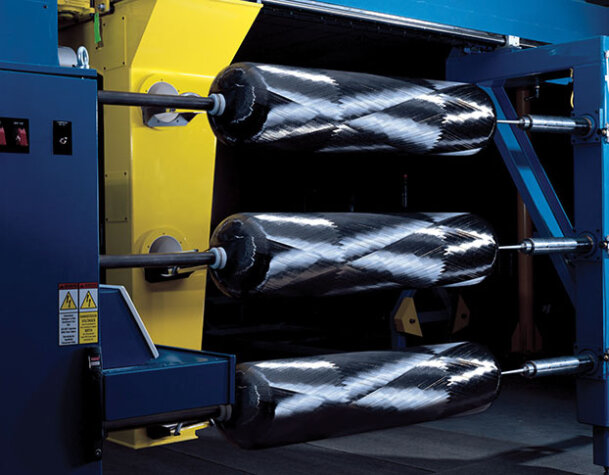 Luxfer Gas Cylinders has inked multi-million-pound deal with Octopus Hydrogen for the supply of its bulk gas transport modules that will carry green hydrogen across the UK.

Under the agreement, formalised on Wednesday (July 21), Luxfer will supply the Octopus Energy subsidiary with its 40ft long Multiple Element Gas Containers (MEGC), which can transport 1.1 tonnes of hydrogen from the electrolyser plant to point of use.

The duo hopes to see the units deployed from mid-2022.

On the plans, Mark Lawday, Global Sales Director from Luxfer, said, “We manufacture over one million high performance, high pressure cylinders every year.

“In the alternative fuel sector, we have a team of designers and engineers who develop industry leading systems, integrating lightweight composite cylinders into fuel system modules for compressed natural gas and hydrogen applications ranging from buses, trucks, boats to bulk gas transport trailers.

“Bulk gas transport for hydrogen is an important piece of the jigsaw in enabling the hydrogen economy to be fully realised and reach net zero goals. It’s an exciting step forward, and we’re proud to be working alongside Octopus Hydrogen to drive forward innovation.”

Work to deliver the systems will be led from Luxfer’s UK manufacturing campus in Nottingham.

William Rowe, CEO of Founder of Octopus Hydrogen, added, “Our focus is on delivering green hydrogen to the sectors which cannot be decarbonised by batteries alone, mainly aviation and heavy-duty road vehicles.

“We are working with Luxfer Gas Cylinders to make green hydrogen for mobility and reality. Luxfer understands the challenges of safely transporting large amounts of hydrogen and is delivering a fantastic solution now and has a great future roadmap.”

Hydrogen by road, rail or river – A technology insight from Luxfer Gas Cylinders 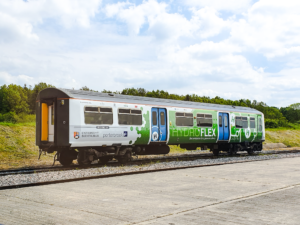 At a time when the UK Government has pledged that greenhouse gas emissions will reach ‘net zero’ by 2050, the need for new sustainable energy sources is ever more urgent.

Double-decker buses fitted with hydrogen systems will soon be introduced onto the streets of Aberdeen and London for the first time. This is because Transport for London (TfL) and other bus operators are investing in hydrogen power as they see it as an ideal green fuel solution.

The world’s largest manufacturer of high pressure composite and aluminium cylinders, Luxfer Gas Cylinders, has supplied the hydrogen cylinders system for these double-decker buses. And it is not just on the roads that it is making a difference. Luxfer Gas Cylinders has also been working on projects to introduce hydrogen gas on our rail networks, as wel as on the river and out at sea.

Its G-Stor® H2 hydrogen cylinder system fuels the UK’s first full-sized hydrogen powered demonstrator train, for example. Unveiled at RailLive 2019, the HydroFLEX project consists of a former Thameslink electric train fitted with a hydrogen fuel system. Luxfer was approached in early 2019 by Porterbrook and the University of Birmingham’s Centre for Railway Research. From there, it designed, built and tested the storage system to the EC79 standard, installed the system on the train and performed on-site testing in less than 16 weeks. The process included Finite Element Analysis (FEA), a computerised method for predicting how a product reacts to real-world forces, vibration, heat, fluid flow and other physical effects. Finite element analysis shows whether a product will break, wear out or work the way it was designed.

Hydrogen by road, rail or river