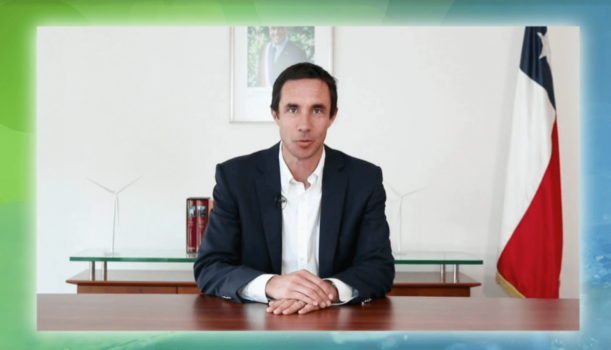 Chile’s Minister for Energy, Juan Carlos Jobet, today shared the country’s ambitious goals to produce the cheapest green hydrogen on the planet by 2030 and be among the top three exports of green hydrogen by 2040.

In a presentation this afternoon for the first-ever European Hydrogen Week, Minister Jobet said the South American country’s involvement in green hydrogen is very important in further reducing its carbon footprint and decarbonise hard-to-abate sectors.

“Chile is more than four thousand kilometres and we have almost no fossil fuels,” he told attendees. “We have historically depended on imported oil, coal and natural gas as sources of energy but we’re working hard to make that dependence change.”