The agreement, signed on Thursday (29th April), will support the implementation of large-scale, carbon-free renewable generation and storage into PSE’s service territory.

One of the key areas of focus will be the development of green hydrogen production, storage and transportation facilities in addition to developing hydrogen gas turbine combined cycle facilities.

This could see the implementation of Misubishi Power’s Hydaptive package that optimises integration across renewables, energy storage and hydrogen-enabled gas turbine power plants.

These all work together to create and incorporate green hydrogen.

Puget Sound Energy is an energy utility based in the US state of Washington which provides the Puget Sound region with electrical power and natural gas.

Mary Kipp, President and CEO of Puget Sound Energy, said, “We need leading organizations like Mitsubishi Power who share our commitment to combating climate change and creating a clean energy future that benefits all of the customers and communities we serve.”

Paul Browning, President and CEO of Mitsubishi Power Americas, said, “It is our firm belief that to achieve net zero carbon emissions by 2045, we need to develop and deploy renewable energy storage projects of all durations in the decade of the 2020’s.

“We believe our customers will be the heroes in achieving net zero carbon emissions in the power sector, and we plan to support them with joint development agreements like this one with Puget Sound Energy.” 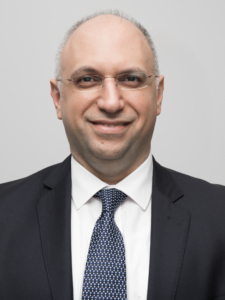 “By providing a major new market for stored hydrogen, as well as the means to produce green hydrogen from renewable energy, the power generation industry can serve as the springboard to a new energy economy in the MENA region,” Salem told H2 View. “Ultimately, the hydrogen economy could transform many critical sectors in the region such as transportation, manufacturing, construction and more.”