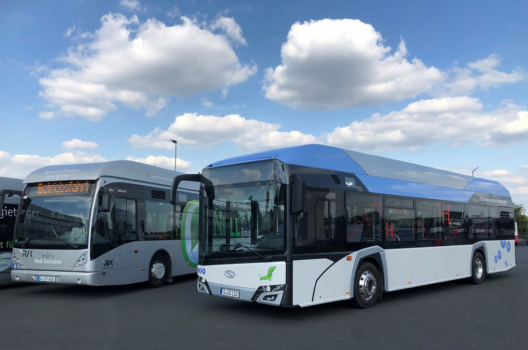 Regionalverkehr Köln GmbH (RVK) has today announced the placement of an order for 15 hydrogen buses from Solaris Bus & Coach S.A.

“Thanks to the subsidies and the approval of our owners, we are making great strides towards converting the bus fleet and infrastructure across locations,” said Eugen Puderbach, Managing Director at RVK.

The new buses will bring RVK’s hydrogen bus fleet up to 52, which will be the largest fleet of hydrogen-operated fuel cell buses in Europe today.