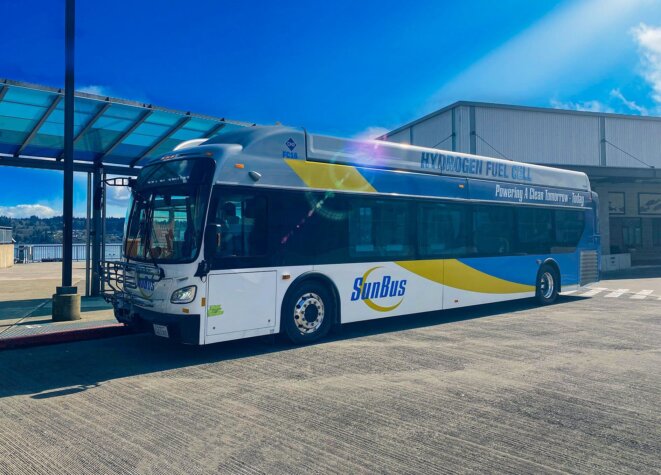 New Flyer’s hydrogen-powered bus has begun a two-week tour in the US which aims to raise publicity and gather crucial, real-life condition data to aid further development.

The 2021 Pacific Northwest fuel cell powered Electric Bus Tour is being used to showcase the environmental benefits of the Xcelsior Charge H2™ fuel cell-powered bus, alongside hydrogen supplied by with Air Products.

On 23rd March, the five-city tour began at Kisap Transit in the State of Washington where New Flyer’s fuel cell bus demonstrated its range, power and hydrogen fuelling operations.

As part of the demonstration, the transit team drove the bus on its regular route to gather first-hand experience on how the bus performed in real-world conditions.

The bus will make similar stops in Renton, Olympia, Chehalis, Vancouver and Eugene, Oregon to communicate the advantages of hydrogen transit.

On 1st April, at the end of the two-week tour, the Xcelsior Charge H2™ will have travelled over 700 miles before returning to its home base at SunLine Transit Agency in the Palm Desert of California.

An exclusive interview with New Flyer is coming soon to H2 View.