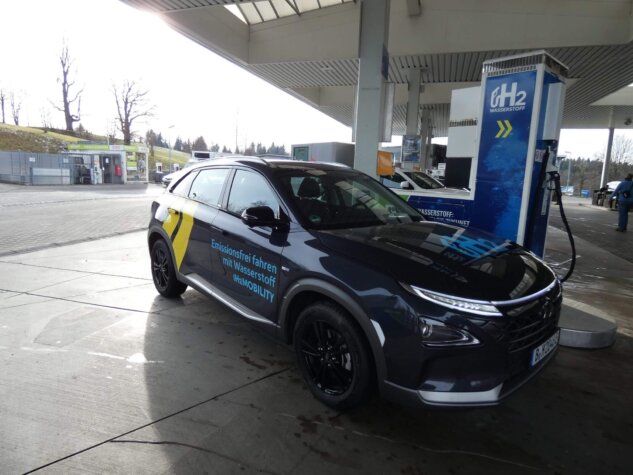 Located at the OMV filling station, at Wendling 14 in Irschenberg, the new facility is conveniently situated on the federal road 472, in the immediate vicinity of the A8.

The opening was confirmed on on Friday (5th Feb) by H2 Mobility Deutschland and its shareholders OMV and Air Liquide.

“We are delighted that the municipality of Irschenberg, with its central location, can once again be a site for emerging energies,” said Mayor Klaus Meixner on the occasion of the commissioning.

“Compared to fossil fuels, hydrogen offers many advantages. If we want alternative drives to be used beyond combustion engines, we must significantly expand the infrastructure,” added Ilse Aigner, President of the Bavarian State Parliament.

“That is why I welcome the fact that in future it will also be possible to fill up with hydrogen in the district of Miesbach.”

The hydrogen station in Irschenberg was funded by the European Commission in the Trans-European Transport Network (TEN-T CEF) as part of the Connecting Hydrogen Refuelling Stations (COHRS) project.

H2 Mobility Deutschland has a goal to operate 100 hydrogen stations in seven German metropolitan areas and along the connecting arterial roads and motorways early this year.