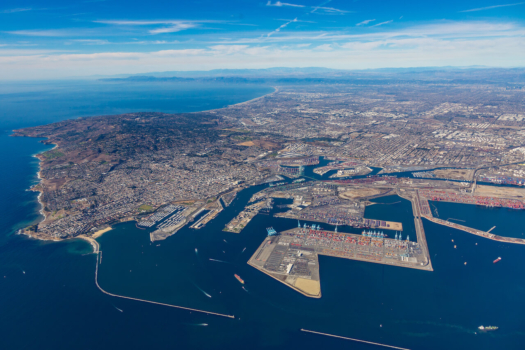 Toyota Tsusho Corporation and Toyota Tsusho America will evaluate the use of hydrogen fuel cell port machinery at the Port of Los Angeles, California as part of a new research project.

Titled An investigation into the potential production and use of hydrogen based on a local production for local consumption model, the project will help the Port of Los Angeles achieve net zero emissions from port machinery by 2030.

In addition to the port machinery, through the project Toyota Tsusho will also investigate the potential production and use of hydrogen based on local production for local consumption models.

To ensure both the vehicles and the hydrogen production systems are suitable, Toyota Tsusho will investigate a number of operational units, their operation conditions, fuel consumption and refuelling methods.

For hydrogen production, the partnership will study how much hydrogen can be produced from biogases derived from livestock manure, as well as what facilities will be required, the costs and the supply methods in California.

Hydrogen energy: I was hooked after I understood it