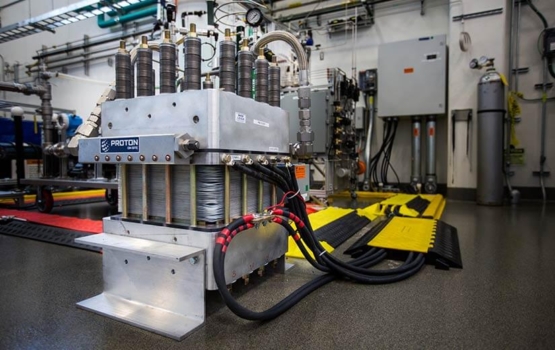 New research identifies key opportunities for hydrogen to provide synergies for the US energy system and quantifies their potential impacts on hydrogen markets.

Hydrogen is the most abundant element in the universe, with many current and potential uses in the chemical and refining industries, manufacturing, and transportation. Producing it can also help resolve challenges related to integrating high levels of variable renewables on the grid.

The Hydrogen and Fuel Cell Technologies Office in the US Department of Energy’s (DOE’s) Office of Energy Efficiency and Renewable Energy is leading the [email protected] Initiative to advance affordable hydrogen production, transport, storage and utilisation in multiple energy sectors.

The findings are published in a new report, The Technical and Economic Potential of the [email protected] Concept within the United States.

“The [email protected] concept is based on using hydrogen as an energy intermediate to integrate sectors in the energy system,” said Mark Ruth, NREL analyst and lead author of the report.

“Hydrogen can be an alternative to current energy sources for industry and transportation and, by providing a larger market and flexible load for electricity, can boost deployment of renewable energy generation.”

“This study shows we have ample resources to do it—and there are many benefits.”

In the [email protected] vision, hydrogen would act as an energy infrastructure complementing the electric grid, as well as play a larger role in the industrial and transport sectors.

Today, the US demand for hydrogen is 10 million metric tons annually. It is primarily used in the industrial sector for oil refining, fertiliser manufacturing, and chemical production.

New uses for hydrogen that were evaluated in the report include steelmaking, synthetic fuels, energy storage, injection into the natural gas system and fuel cell vehicles.

The study characterised the economic potential of hydrogen consumption in current and emerging sectors, given R&D advances and varying prices of natural gas and electricity.

By 2050, the study estimates that US demand for hydrogen could increase to 22–41 million metric tons/year.

One of the methods of hydrogen generation evaluated in the study is electrolysis, which splits water molecules into hydrogen and oxygen atoms using electricity.

Electrolysis has low emissions when the electricity is generated using renewable or nuclear power but is currently more expensive than producing hydrogen from natural gas.

The study evaluated the potential for electrolysis based on R&D that reduces electrolyser cost and integration of electrolysers with the bulk electric grid and with nuclear power plants.

Read the study in full here.