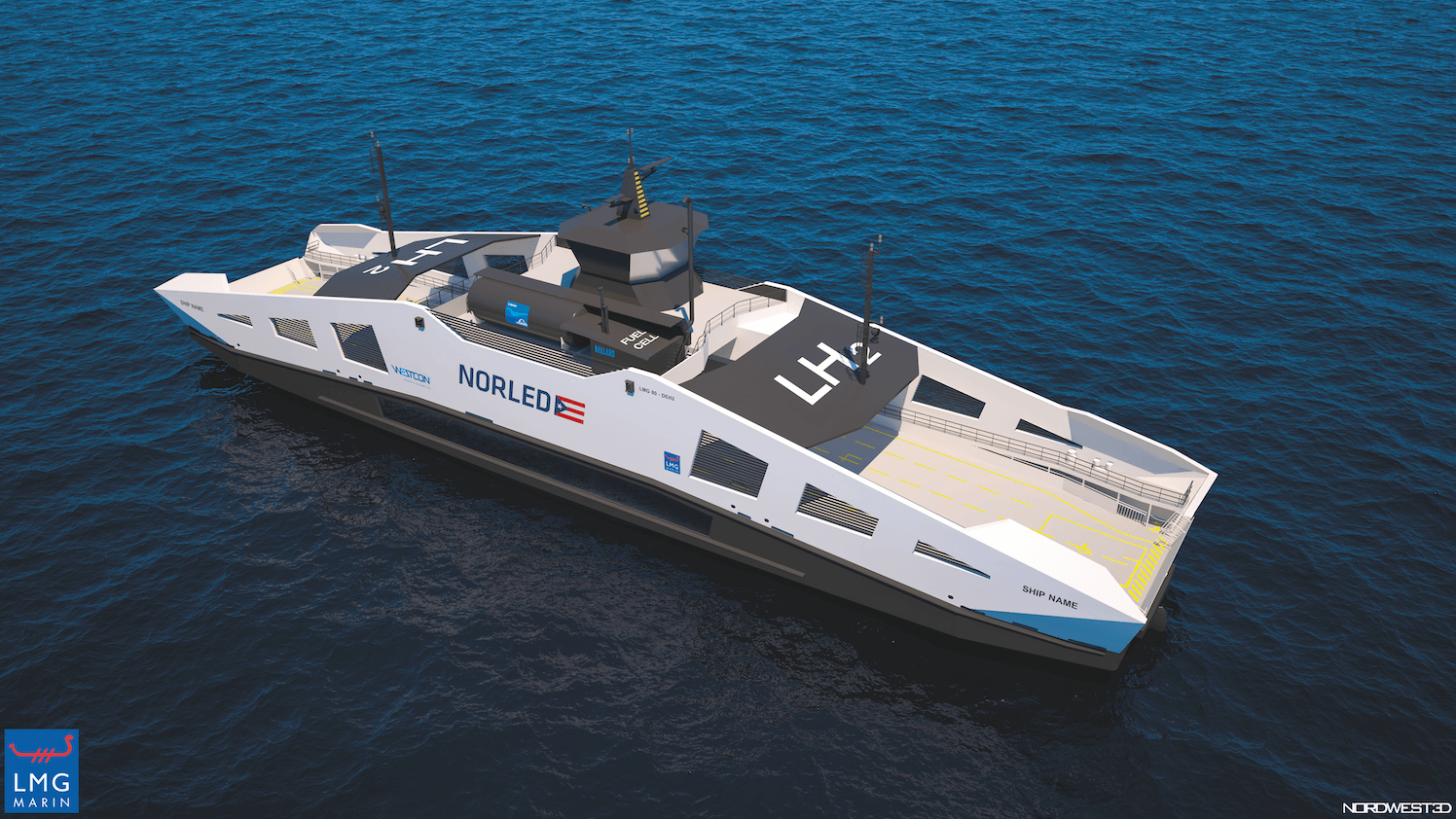 Norled has roots dating back to 1855, and has been innovation driven for more than 160 years. The company has 80 vessels and operates ferry and express boat services from the Oslofjord to Troms county in Norway. Fjord tourism is also a major service and business area. The company has over 1,000 employees and an annual turnover of NOK 2.4bn ($268m approx.), with its head office in Stavanger and branch offices in Bergen and Oslo.

Norled has invested significantly in new types of vessels and eco-friendly technology, and has developed solutions used solely by the company. In 2015, the company ignited a ‘silent green revolution’ by introducing MF Ampere, the world’s first zero-emission ferry (pictured inset). By July 2019 the MF Ampere had sailed a distance equal to seven times around the equatorial line. Hence, it is indisputable that the technology is working; by 2022 Norway will have approximately 75 such siblings sailing in the Norwegian fjords, H2 View understands.

Norwegian Authorities, who actively promote the green transformation, have indicated that the electrification of national ferries would reduce CO2 emissions from these ferries by as much as 75% from 2015 to 2030 (levels). The fast ferry market in Norway is also about to be electrified, and Norled is ready to convert three of the most popular commuter passenger ferries in Oslo to run on electricity instead of LNG, which was its first green step for these vessels. Another step forward was taken when Norled’s diesel-electric fast ferry MS Fjordled started sailing from Haugesund in April.