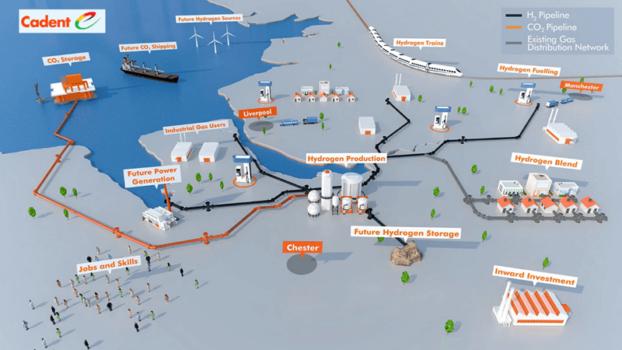 The North West Hydrogen Alliance (NWHA) is supporting the UK North West’s aim to become one of the regions first carbon capture clusters.

The NWHA, who represents 30 of the UK’s most influential organisations behind the hydrogen economy, has called on the Government to support HyNet North West in the upcoming carbon capture usage and storage (CCUS) sequencing competition.

Should the UK Government support the project, the North West of the UK could become a hydrogen hub with significant investment in the clean gas set to be introduced.