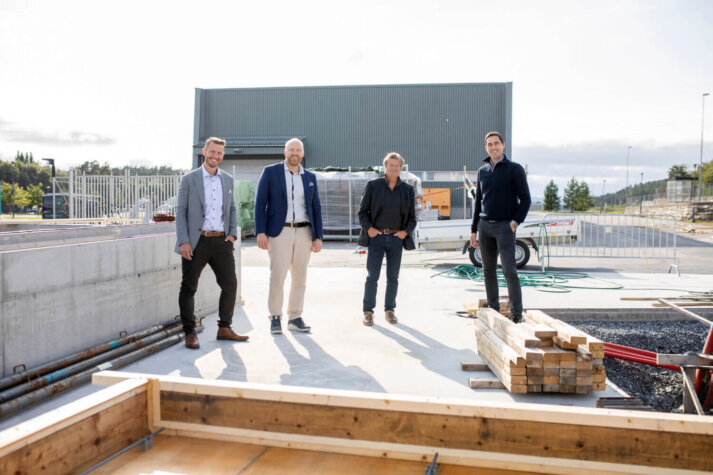 A new company has hit the Norwegian hydrogen market – and it wants to produce up to 400kg of the clean fuel daily.

Stord Hydrogen is the name behind such plans, and hopes its hydrogen production will start as soon as spring 2022.

Already making headway on its plans, Stord Hydrogen has broken ground on a new facility at Energy House’s test centre, at which its hydrogen production operations will take place.

For such production, HYDS will deliver the flexible, module-based production facility which will produce compressed hydrogen through electrolysis at Stord.

The electrolysis technology will be delivered by the danish company Green Hydrogen Systems, through their Norwegian partner, Liquiline.

Commenting on the company’s formation, Willie Wågen, CEO in Sustainable Energy Catapult Centre, said, “This is a highlight for green industry development.

“Not only will green hydrogen be available for the market, but it will also be used by our clients in the world’s first full-scale test centre for new, green energy carriers, Energy House.”

Vegard Frihammer, founder and CEO of Greenstat, added, “The hydrogen market, in Norway and international, will grow fast the next couple of years.

“The fact that we are now starting hydrogen production on the Western Coast of Norway and make hydrogen available is incredibly important to speed up the green shift.

“Hydrogen can be used as a material input in industries, and as a zero-emission fuel for cars, buses, trucks, trains or boats.”