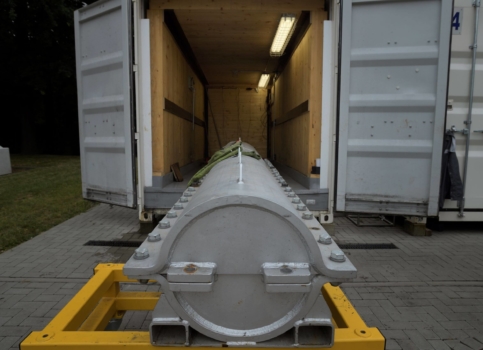 As an emission-free power source, power from hydrogen fuel cells has the potential to revolutionise the way we travel, especially in built-up areas.

That’s according to NPRXOXX, a Netherland-based company which designs, develops and manufactures Type 4 pressure vessels for the storage of hydrogen under pressure.

NPROXX explains that hydrogen gas produced by industrial processes or by the electrolysis of water can be used in the cell to produce power for vehicles.

Water is the only by-product of this process, completely eliminating the particulate emissions and carbon dioxide produced by traditional combustion engines.

The European company explains that in any pressurised gas scenario, there is risk involved with the storage of the fuel – much like with other fuels such as petrol and diesel – which needs to be managed.

For this reason, all NPROXX carbon fibre pressure vessels undergo a wide range of stringent certification tests before they are tested to be delivered.

The tests ensure that the pressure vessels can reliably and repeatedly used without risk of the tank failing under pressure. The tests include:

According to NPROXX, in all of the tests, the key performance indicator is the ability of the pressure vessel system to obtain the structural integrity or to release its pressurised gas without rupture, and in a way that is as safe as possible.