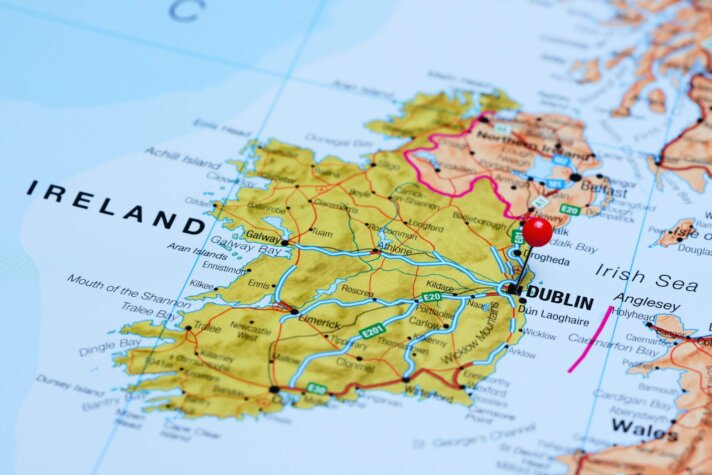 Offshore green hydrogen storage to be developed in Ireland

ESB and dCarbonX have signed a new memorandum of understanding (MoU) to assess and develop offshore green hydrogen subsurface storage in Ireland.

The joint partnership covers all subsea energy storage offshore in Ireland and will also support the creation of a proposed new ‘Green Hydrogen Valley’ centred around the Poolbeg peninsula in Dublin.

It is expected that the hydrogen valley will enable green hydrogen production and storage that can be used to decarbonise heavy transport, shipping, industry and power generation.

For Ireland’s clean energy transition, the nation requires a balance of varying solutions which includes the production of green hydrogen.

When wind farms produce more electricity that can be used, the excess renewable electricity can be converted in green hydrogen, with zero carbon emissions, and be stored as a fuel to be used later when there is no wind.

The large-scale storage of green hydrogen is a cornerstone of future low carbon, resilient and reliable energy sectors.

Padraig O’Hiceadha, Strategy Manager of Generation and Trading at ESB, said, “ESB recognises that hydrogen produced from renewable electricity will play a significant role in the decarbonisation of many sectors.

“To that end, we plan to use our existing capabilities and future renewable growth to become a leading player in large scale renewable hydrogen production, thereby enabling renewable electricity, in the form of electrons or green molecules, to meet the energy requirements of Ireland’s future zero-carbon economy.

“We are proud to partner with dCarbonX to develop the many opportunities in this emerging industry.”