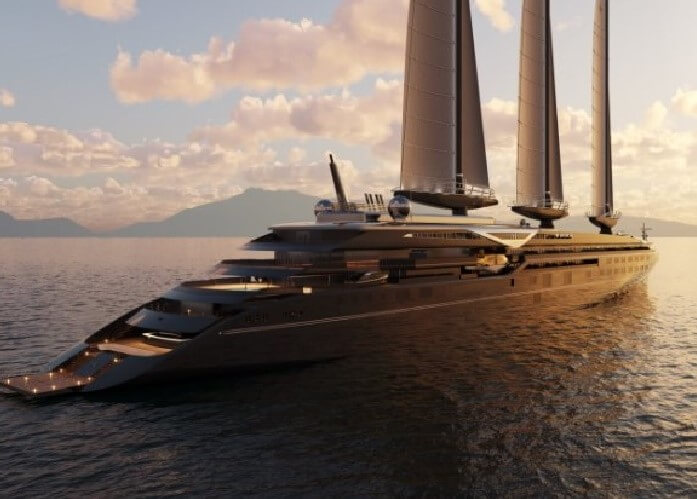 An Orient Express luxury cruise ship is being designed to be powered by liquefied natural gas (LNG) and green hydrogen, once the technology is approved for ocean passenger ships, when it sets sail from 2026.

The ship, a partnership between hospitality group Accor and Chantiers de l’Atlantique, will also have two swimming pools including a lap pool, two restaurants and a speakeasy bar.

Laurent Castaing, Managing Director, Chantiers de l’Atlantique, said alongside three SolidSail rigs, the ship will have a 1,500sqm unit wind propulsion system, for which it has developed and tested a prototype.

He said, “Combined with a hybrid propulsion system running on LNG, Silenseas will thus become the ship of reference in terms of environmentally-friendly operation and design.”

Inspired by the Golden Age of the French Riviera, Orient Express Silenseas will echo the glorious era when writers, artists, painters, princesses and movie stars spent time between Monte-Carlo, the beaches of Saint-Tropez, Cap d’Antibes, Cannes and its famous Croisette.

Hetland Maritime also assisted Accor in creating the project and in the ongoing discussions with Chantiers de l’Atlantique. The entire project will be financed up to 70-80% by banks, with the remainder provided by a consortium of equity partners in which Accor will have a minority stake.