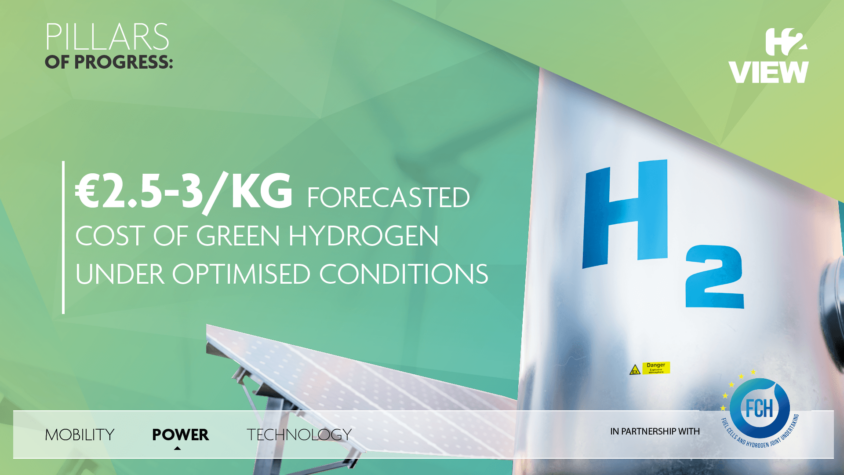 Pillars of Progress: Power – Hydrogen and renewables: A model for decarbonisation

Scotland’s Orkney Islands are a test case for a low-carbon future. A Fuel Cells and Hydrogen Joint Undertaking (FCH JU) project is converting excess electricity from renewables in the remote archipelago into clean hydrogen to power vehicles, buildings and ships, demonstrating a realistic alternative to fossil fuels and inspiring other European regions.

With more than 1,000 wind, wave and tidal energy installations serving 10,000 households, the Orkney Islands have one of Europe’s highest levels of renewable energy use. In fact, so much renewable energy is generated that it can exceed the capacity of the electricity grid: over 30% of the potential annual output of wind turbines on the islands of Shapinsay and Eday is being lost.

The project’s ultimate goal is to create the world’s first replicable ‘hydrogen territory’ whereby low-carbon energy solutions are enabled by renewable power sources resulting in a fully integrated model of hydrogen production, storage, transportation and utilisation for heat, power and mobility. The model’s replication potential for isolated territories will be key.

Dissemination and knowledge sharing will be achieved through a ‘remote territories platform’ to showcase and support upscaling this solution for larger territories. Thus, the project’s impacts will go far beyond the Orkney Islands, inspiring other regions to transition to a low-carbon future powered by renewables and supported by hydrogen.

By harnessing excess renewable energy that would otherwise be wasted due to grid constraints to generate green hydrogen for heating buildings and fuelling vehicles, a hydrogen territory is being created in the Orkney Islands which can be replicated elsewhere.

The goal? To create the world’s first replicable hydrogen territory that demonstrates the feasibility of using excess renewable energy to generate hydrogen for other applications.

H2 View, in partnership with the FCH JU, has been publishing the Pillars of Progress series since early 2020. Catch up on some of the most popular articles from the series here:

Pillars of Progress: Mobility – Driving down the costs of fuel cell technology