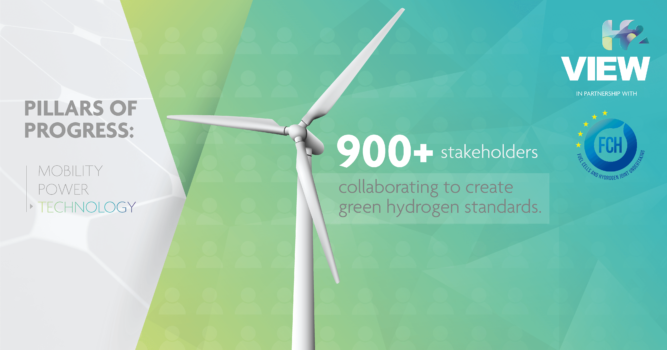 By Joanna Sampson on May 18, 2020
Translate
News Technology

Environmentally sustainable hydrogen is essential for decarbonising the energy system. However, hydrogen and fuel cell technologies have yet to be used as widely or effectively as the energy transition demands.

With a series of important guidance documents, a hydrogen roadmap and green hydrogen certification, the Fuel Cells and Hydrogen Joint Undertaking (FCH JU) is ensuring that hydrogen and fuel cell technologies constitute an environmentally friendly solution for Europe.

In 2019, the FCH JU-funded initiative CertifHy marked the start of a new and transparent green hydrogen market by launching the first-of-its-kind EU-wide guarantees of origin (GO) pilot scheme for green and low-carbon hydrogen.

A CertifHy GO discloses information on the hydrogen produced, including its energy source and greenhouse gas intensity. Two labels have been implemented: ‘Green Hydrogen’ and ‘Low-carbon Hydrogen’. The CertifHy GO Scheme enables EU-wide consumption of Green and Low-carbon Hydrogen regardless of geographical location. By using a GO, the corresponding quantity of hydrogen consumed de-facto acquires the properties of the hydrogen covered by the GO, much like existing systems for electricity.