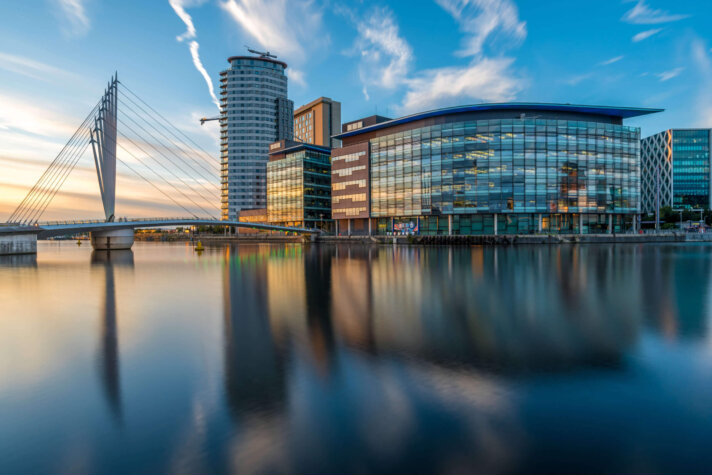 Set to be located at the Trafford Low Carbon Energy Park, the plans would see sustainable hydrogen fuel produced at scale in the North West and support ambitions to develop Greater Manchester into the world’s first net zero region by 2040.

The consortium will combine its expertise in industry, research, policy, skills and innovation to develop a solution for low carbon hydrogen production and storage, with the potential for the hub to be used for vehicle refuelling and residential heating.

The collaboration follows the UK Government’s 10-point plan for a green revolution, in which hydrogen and fuel cell technology plays a vital role.

The hydrogen hub facility aims to help integrate renewable energy on a regional scale through the storage of solar and wind energy, and now through the production and storage of hydrogen.

The energy park is also home to one of Europe’s largest energy storage facilities based on liquid air storage: the 250MWh Carlton Highview Power project.

Councillor Andrew Western, GMCA Lead for the Green City-Region, said, “We need an urgent and significant increase in more renewable energy sources to cut emissions and meet our target of becoming carbon neutral by 2038.”

“This hydrogen hub has the potential to set the standard for decarbonised energy generation across the North West and put us at the forefront of a UK revolution in clean energy and sustainable industry.”

Amer Gaffar, Director of the Manchester Fuel Cell Innovation Centre, added, “We will be offering businesses the opportunity to connect with leading researchers at the university as well as experts from this exciting new micro-cluster at Trafford Low Carbon Energy Park, in order to fully maximise the potential for hydrogen in their business.

“Through this new collaboration and by bringing together the expertise from each of our partners, we have the potential to accelerate the work already being done at Trafford Low Carbon Energy Park, whilst also supporting the development of new opportunities in infrastructure, skills and the supply chain, specifically for hydrogen production.”

The next steps for the project include identifying businesses that could potentially use hydrogen in their operations, including those with transport fleets or heating requirements.