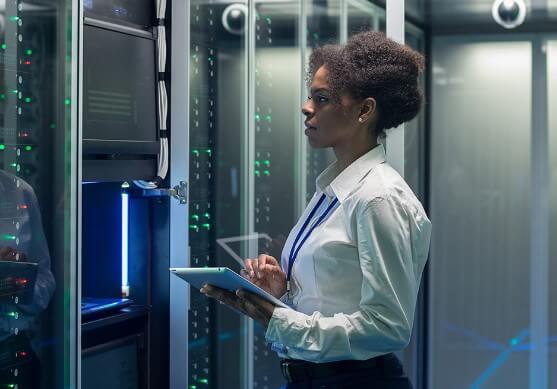 Plug Power has held a ribbon-cutting ceremony to mark the opening of its 407,000sq ft fuel cell manufacturing facility in Slingerlands.

The Vista Technology Park facility will boost the economy by creating more than 1,600 new jobs in the New York State Capital Region within the next five years. Plug currently employs 1,472 people in New York, making up nearly half of its 2,957 total US employees.

The company expects to create around 4,000 new jobs globally by the end of the year.

Key provisions of the Inflation Reduction Act, such as the new Clean Hydrogen Production Tax Credit, will also help achieve substantial decarbonisation and foster the integration of clean hydrogen made by Plug in New York State in a wide range of applications, such as Plug’s zero-emissions fuel cells.

The facility features advanced automation, allowing for greatly increased scale and efficiency in the assembly of Plug’s fuel cell systems that power electric motors for the mobility market. The Vista facility, which began manufacturing Plug’s GenDrive units in November, will be fully operational by March 2023, and produce its entire fuel cell product line including GenDrive, Stationary, and ProGen.

Plug’s investment in the new manufacturing facility was supported by $45m in Green Excelsior Jobs Tax Credits from Empire State Development, a $5m grant from Albany County, and a $500,000 infrastructure grant from National Grid.

Andy Marsh, CEO of Plug, was joined by Senator Schumer at the official opening, and Governor Hochul, Albany County Executive Daniel P. McCoy and digitally by US Representative Paul Tonko, who provided remarks on Plug and green hydrogen’s role in achieving our climate and clean energy policy objectives.

Marsh said, “Senator Schumer was instrumental in the passage of the Inflation Reduction Act (IRA), which extended the Investment Tax Credit for fuel cells and enabled Plug’s development of the first commercially viable market for hydrogen fuel cell technology. This exciting expansion of Plug’s fuel cell manufacturing at Vista is critical for us to meet growing demand from our clients, such as Amazon, Home Depot, Walmart, and others.”

Schumer said, “Almost exactly seven years ago, I stood on the factory floor of Plug Power’s Latham facility, and Andy Marsh promised me that if I could deliver the incentives they needed like the Investment Tax Credit, that we would be cutting ribbons for N.Y. jobs in the decade — and today a promise made becomes a promise kept.”

Back then, Plug had 227 employees locally, and today there are over 1,100 and the company has committed to an additional 1,600 over the next five years.

Congressman Paul Tonko said, “Today hydrogen is the hottest energy issue in DC, and this would not have been possible without all the success achieved by the team at Plug. The IRA is going to provide the long-term certainty required to kick this industry into overdrive.”