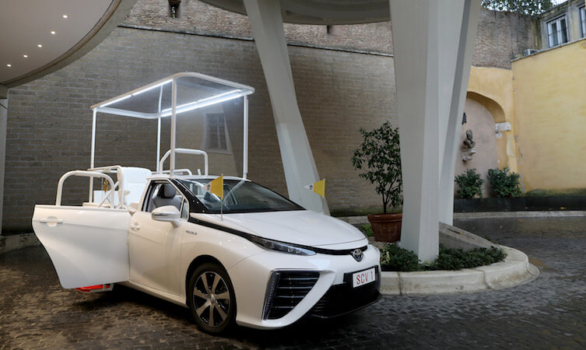 Pope Francis has received a specially made hydrogen-powered Toyota Mirai.

Received as a gift from the Catholic Bishops’ Conference of Japan (CBNJC), and custom made to meet the Pope’s mobility needs, the Mirai is one of two specially made by Toyota.

The adapted vehicle has a length of 5.1 meters and a height (including the roof) of 2.7 metres, allowing the Pope to stand and be visible to people.

Rev. Father Domenico Makoto Wada (representing the Catholic Bishops’ Conference of Japan) and His Excellency Seiji Okada (Ambassador of Japan to the Holy See) were present at the delivery ceremony at the Pope’s residence in the Vatican City. 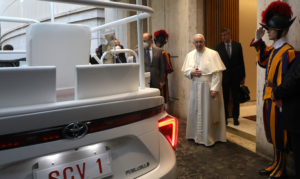