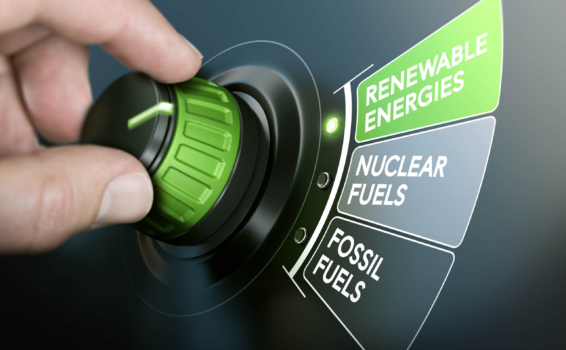 With the recent publication of the European Commission’s hydrogen strategy, the time is right for hydrogen to realise its potential as the ‘fuel of the future.’ Raffinerie Heide’s CEO, Juergen Wollschlaeger examines how we can capture this momentum, and use targeted, enforceable regulation to turn the hydrogen economy into a reality.

The EU Commission’s recently published hydrogen strategy plans to expand electrolysis capacity from just 1-gigawatt today, to 40-gigawatts by 2030 – enough to produce up to 10 million tonnes of ‘green’ hydrogen. Whilst certainly an ambitious target, it is precisely this transformational thinking that is needed to catalyse investment, innovation and climate action. So, with the stage set for hydrogen to power the energy transition, the question becomes, how do we make the EU’s ambition a reality?

As with any hydrogen strategy – including Germany’s own national hydrogen strategy published earlier this year – what is needed is a progressive policy framework, emphasising the need for cross-sector and cross-border buy-in in order to achieve a low carbon, hydrogen-fuelled future. With this in mind, I was very encouraged to see these crucial elements reflected in the EU strategy, which not only focuses on building an integrated energy system – with hydrogen at its core – but also prioritises cooperation beyond the EU, with a clear aim to establish a global hydrogen market.

But, with an ambitious timeline and an aim to deploy ‘green’ hydrogen as a solution to decarbonise hard to abate industrial sectors, the EU must adopt a ‘walk before you run’ mindset. If electrolysis capacity is expanded too fast, too soon, the EU could jeopardise the technological feasibility of projects, ultimately risking failure. This means, to translate bold targets into tangible outcomes, policies need to encourage the gradual scaling up of electrolysis capacity, structurally improving the business case for ‘green’ hydrogen over time.

A key argument mobilised by ‘green’ hydrogen detractors focuses on cost – expensive electrolyser technologies have hindered the fuel’s ability to deliver as a competitive low-carbon solution, leading critics to question the long-term viability of a hydrogen economy. But electrolyser costs are already falling. And, according to estimates from The Hydrogen Council, appropriate scale-up of the hydrogen value chain will unleash further cost reductions of roughly 70-80% within the next decade.

At an EU level, effective scaling can be achieved through subsidy schemes designed to trial ‘green’ hydrogen projects at a megawatt – rather than gigawatt – scale. By enabling ‘learning curves,’ these schemes will allow technologies to mature and running costs to fall, levelling the playing field between ‘green’ and ‘grey’ hydrogen.

Similarly, in selecting projects for funding, the EU must prioritise quality versus quantity. Identifying a fixed number of projects with sustainable, long-term growth objectives will create defined standards for scalable, durable and cost-competitive ‘green’ hydrogen production, bolstering its potential to fuel a low-carbon future.

At Raffinerie Heide, our Reallabor Westküste100 project relies firmly on a scaling up approach. With an initial electrolysis capacity of 30-megawatts, the project aims to produce and utilise ‘green’ hydrogen to decarbonise heat, transportation and industry – saving approximately one million tonnes of CO2 per year. By starting small, we have a significant opportunity to optimise production processes and drive long-term cost efficiencies that will, in turn, support market growth for this game-changing fuel.

A supportive regulatory framework underpinned by an EU-wide subsidy scheme offers the best opportunity for the EU’s hydrogen strategy to be realised. To achieve this, regulatory action must be taken now in order for us to build our capabilities at scale and across the entire ‘green’ hydrogen value chain. Achieving this will, in turn, encourage and attract broad, cross-sector investment – across industry, transport, power and the built environment – needed to make the vision of a thriving hydrogen economy a reality.