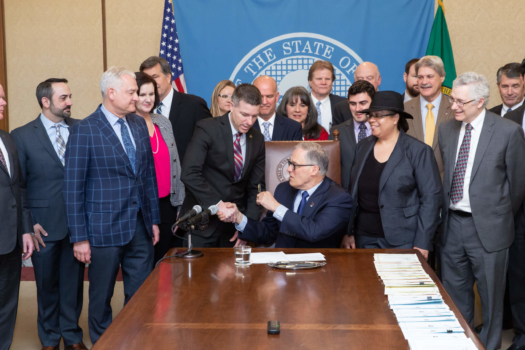 Ken Dragoon is a man well known in the Northwestern US for his passionate advocacy for renewable hydrogen development.

Clocking up nearly four decades in the electric utility and renewable energy field, Dragoon, Executive Director of the Renewable Hydrogen Alliance – more on that later – was fresh out of graduate school when he started in hydropower planning and modelling for the Bonneville Power Administration (BPA) in 1982.

He didn’t know it at the time, but this role would give him a huge leg up in understanding how to deal with variable, less predictable resources when they became commercial.

Around 2003 wind generation started becoming a big deal. With his analytical background and experience with hydro, Dragoon was thrust forward as a wind integration expert, even writing a book on calculating wind integration costs later in 2010.