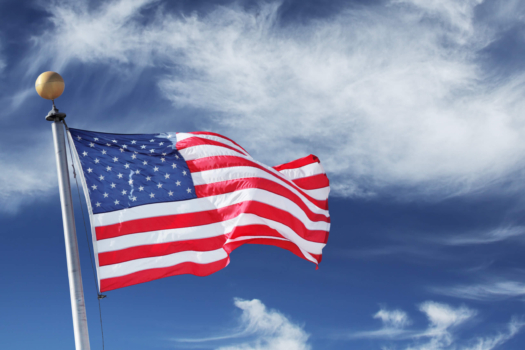 Road Map to a US Hydrogen Economy formally launched

The Road Map to a US Hydrogen Economy was yesterday formally launched to showcase how the states can expand its global energy leadership.

Launched by a coalition of major oil & gas, power, automotive, fuel cell and hydrogen companies, the road map stresses the versatility of hydrogen as an enabler of the renewable energy system.

Without a doubt, the US is already immersed in the world of hydrogen. At present, it boasts more than half of the world’s fuel cell vehicles, 25,000 fuel cell material handling vehicles, more than 8,000 small scale fuel systems in 40 states, and more than 550 MW or large-scale fuel cell power installed or planned.

But as the roadmap lays out, there is still a long way to go and if the right actions are taken now, a competitive hydrogen industry can meet 14% of US energy demand by 2050.

The roadmap outlines five major segments of the economy where hydrogen can play a part in this transition – including transportation, power generation and grid balancing, fuel for industry, feed stock and fuel for residential and commercial buildings.

Commenting on the launch, Morry Markowtiz, FCHEA President, said, “This Road Map shows how critically important hydrogen is to achieve a lower-carbon energy mix, and with the right actions now, can reinforce US energy leadership and strengthen our economy by generating $140bn per year in revenue and 700,000 jobs by 2030, and $750bn per year in revenue and 3.4 million jobs by 2050.”

“Clearly the US is a major player, but to remain dominant, and meet future energy challenges, the US has to raise its game with further investments and public policies that reduce regulatory barriers, promote research, development, and deployment, and reward innovation.”

What the industry players are doing

Yesterday in a virtual media launch of the roadmap, a panel of industry experts highlighted the role they hope to play in fast-forwarding North America’s hydrogen-filled future.

Dr. Jack Brouwer, Professor of Mechanical and Aerospace Engineering at the University of California, led the discussion after he reflected upon the difference the roadmap could make to the US’ future.

“This can’t happen without action, and that’s what this roadmap sets forth.”

Looking to play a part in such decarbonisation efforts is Plug Power, and its efforts were discussed by its CEO, Andy Marsh. “Plug Power believes the fuel cell world is now,” Marsh said as he welcomed the roadmap.

“At Plug Power, we have deployed over 40,000 fuel cells, we do about 27,000 fuellings a day and we use over 27 tonnes of hydrogen a day. We have also built over 100 hydrogen stations for customers like Walmart and Amazon.”

“Moving forward, we announced last week, that we plan to build five green hydrogen stations across North America using 100 tonnes of hydrogen a day. The source for that will be renewables such as solar, wind and hydroelectric power.”

In addition to the new facilities, Marsh also reflected on some of the company partnerships that will advance the company’s role in the North American market and shared plans for a new PEM factory, which will be online in July 2021.

“We are focused on accelerating a pathway to transition from low-carbon to zero-carbon hydrogen solutions. Liquid hydrogen demands derived from multiple sectors can reach more than 1,000 tonnes per day by 2030, and green hydrogen meets the needs.”

Although the US currently deploys the highest amount of fuel cell electric vehicles, the road map outlines the need for further uptake. Toyota Motor is undoubtably one of those players leading the way in this sector and hopes to continue doing so.

Jackie Birdsall, Senior Engineering at Toyota Motor North America, spoke on the webinar, stating, “At Toyota, we have been working on fuel cell electric vehicles for over 25 years.”

In 2015, the vehicle manufacturer launched its first production version of the Toyota Mirai, and then later in 2019 launched its second-generation fuel cell vehicle, which it hopes will generate new interest.

“There are several exciting parts about this new vehicle, but one is that we have moved to a rear wheel drive platform, so it is a totally different driving experience,” Birdsall said commenting on the new design.

Of course, both versions of the Mirai will be rolled out as part of the road map’s goals.

In addition to the role Toyota hopes to play, Birdsall also outlines Toyota’s inhouse commitments, “As part of what we call Environmental Challenge 2050, we hope to reduce the overall CO2 emissions associated with our fleet by 90% by 2050, compared to our 2010 levels.”

“As well, we have increased the production capacity at our factory by tenfold. We are going to be making a lot more fuel cell stacks and that opens the door to all types of new opportunities.”

“Air Liquide already produces a large amount of hydrogen. Over 14 billion cubic meters per year. This would be the equivalent to suppling over ten million fuel cell vehicles,” she said.

Speaking about expanding that already extravagant effort, Boissy-Rousseau explained that Air Liquide is working to develop technologies that will advance a number of hydrogen-related industries such as the mobility market.

Sticking to the mobility market, Boissy-Rousseau also shared details on Air Liquide’s Nevada facility which will supply hydrogen to the West Coast and Californian mobility market. “We are currently building and constructing this brand-new production capacity. It is an investment of over $150m and could produce over 30 tonnes of liquid hydrogen per day.”

And much like Toyota, as well as achieving the goals set out in the road map, Air Liquide also has some internal commitments. “We are working on our own internal processes to be able to reduce our carbon intensity by 30% in 2025,” Boissy-Rousseau said.