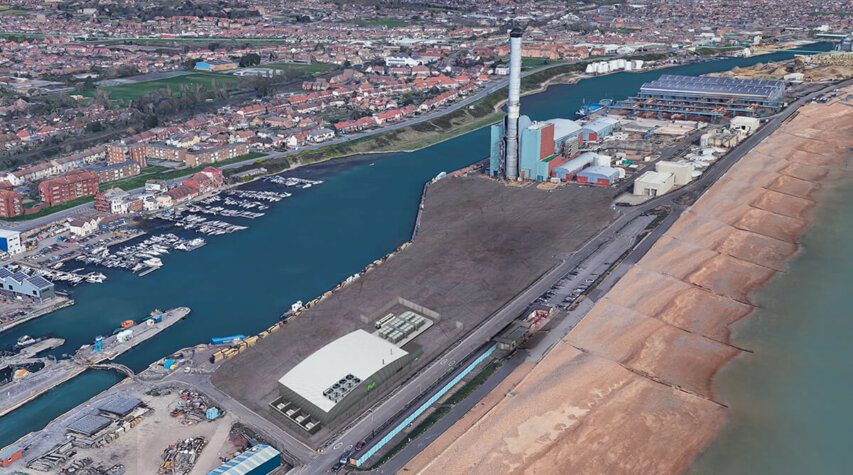 Shoreham Port, UK, is set to be transformed into a hydrogen hub with the signing of a new collaboration agreement with Getech’s subsidiary H2 Green, unveiled today (Nov 15).

The new agreement will grant H2 Green exclusive rights to develop all port-based hydrogen, ammonia, and new onshore wind and solar power generation capacity at the Port of Shoreham.

As part of the submitted plans, the Port’s initial fleet, consisting of 39 heavy forklift trucks and 12 heavy goods vehicles, will be converted to run on hydrogen and renewable electricity.

This is then expected to be scaled up to facilitate the decarbonisation of more than 800 heavy good vehicles that enter the port on a daily basis.

An ammonia importation facility will also be developed to allow the introduction of the green fuel to the port to both be used as fuel as well as be converted back to hydrogen.

The proposed Hub also has a range of potential customers which include gas-fired power generation, timber and steelhandling, and water treatments projects which could all benefit from the influx of hydrogen to the region.

Jonathan Copus, CEO of Getech, said, “H2 Green has agreed with Shoreham Port a bold vision that will place the Port’s operations at the centre of both national and international decarbonisation innovation.

“By bringing together the building blocks of green hydrogen production, renewable power investment, ammonia import, and mobilising a wide range of stakeholders, H2 Green will provide the most flexible, reliable, and cost-effective green energy solution for the Port, its customers and the wider region.

“It also links Shoreham to international marine decarbonisation initiatives – the COP26 agreement encouraging the prioritisation of green shipping corridor projects that can accelerate the decarbonisation of both transport and supply chains.”

Tom Willis, CEO of the Shoreham Port, said, “We are delighted to have selected H2 Green to develop a green energy hub at Shoreham Port. The project has the potential to make a significant contribution to the net zero ambitions across South East England through the local generation of hydrogen from renewable energy.

“The hydrogen production process is quiet, odourless and the clean fuel produced will reduce emissions across the region as transport operators convert large fleets to run on As a community organisation we intend to work with all our stakeholders to make this new stage of Shoreham Port’s development a success.”