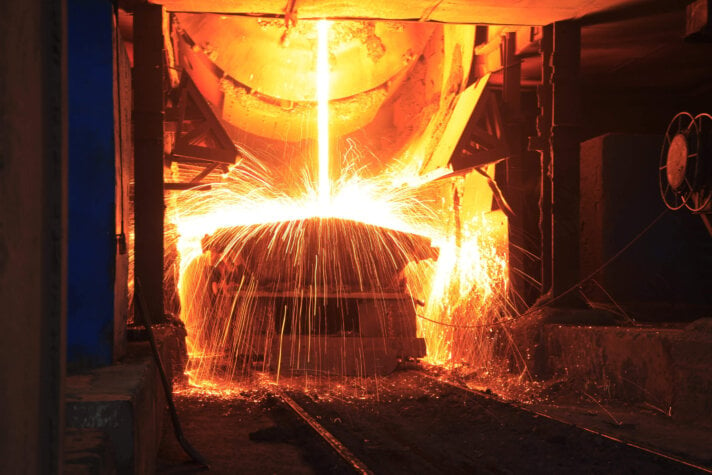 What is believed to be the world’s first test of a 30% natural gas/hydrogen blend in the forging process of industrial steelmaking was held at Rho, Italy, as part of a joint collaboration between Snam, Rina and the Giva Group.

The trial involved the use of a hydrogen and gas mix to heat furnaces at the Forgiatura Vienna plant and was successfully carried out on site after a series of studies and laboratory tests that have lasted close to a year.

The blend of the methane and hydrogen in this project was supplied by Sapio, an Italian company that specialises in the production and marketing of industrial and medical gases.

It is estimated that the permanent use of a 30% green hydrogen blend, fuelled by renewables, of the total gas consumed by the three Giva Grouop’s steel forging plants could see a reduction in carbon dioxide emissions of around 15,000 tonnes per year.

This is the equivalent to around 7,500 cars.

Steel is also playing a fundamental role in building a wider European hydrogen infrastructure with many of the pipelines using steel to transport hydrogen to its final customers.

Snam, a leading energy infrastructure company, is dedicated to supporting a hydrogen infrastructure to promote its use in high-potential industrial sectors including iron and steelmaking industries.

Marco Alverà, CEO of Snam, said, “In the medium to long term, hydrogen is in a position to become the solution for decarbonising steelmaking as well as all hard-to-abate industrial sectors that have a fundamental role in our economy.

“This trial is a preparatory step to the gradual introduction of zero-emission hydrogen, initially blended with natural gas and then in pure form, in certain steelmaking production processes.

“Snam intends to make its infrastructure, research and expertise available to contribute to the creation of a national hydrogen supply chain and to the achievement of domestic and European climate targets.”