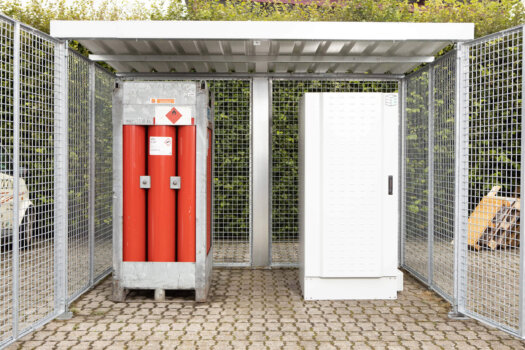 An Enapter electrolyser, located just outside of Münster, Germany, has started generating hydrogen as part of a residential energy storage solution.

Popular student magazine, na damn…, started going off grid in 2012 but in February (2019), Arno Tilsner, who runs the magazine, discovered Enapter’s EL 2.0 which was installed at the company just 185 after the first contract.

The na damn… rooftop is now equipped with 5 kWp solar panels that generate electricity during the daytime, and any excess energy is used to produce hydrogen.