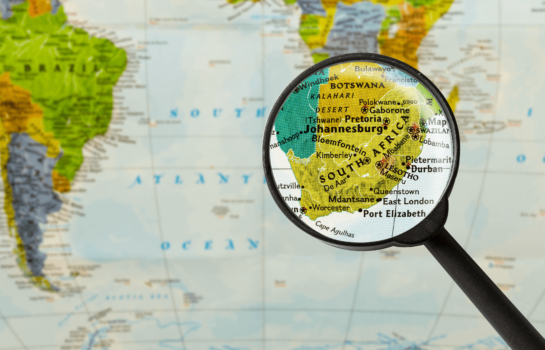 Green hydrogen is essential in South Africa’s new energy mix due to its important role in combatting climate change and delivering on decarbonisation targets. In the last year, several substantial developments with regard to South Africa’s green hydrogen policy, and public and private sector commitments have been announced.

The latest big announcement came in early November 2021, when South African President Cyril Ramaphosa confirmed that South Africa had secured a commitment of $8.5bn from the US, the UK, France, Germany and the European Union, to be used to speed up the country’s transition to a green economy, with a particular focus on phasing out coal. This commitment, which was agreed at the United Nations Climate Change Conference (COP26) in Glasgow, will also support investment in green hydrogen production.

The announcement followed Deputy Minister of Trade, Industry and Competition, Fikile Majola’s confirmation in October 2021, that his department was in the process of reviewing its Critical Infrastructure Programme, with the view to assist in alleviating some of the infrastructure costs associated with hydrogen production, fuelling and transport facilities. The deputy minister was speaking at a webinar on hydrogen titled ‘Hydrogen Economy – An Opportunity for South Africa to Create an Inclusive Energy Sector with Significant Black Participation’.

Earlier in October 2021, the South African government and private-sector partners released a feasibility study, which identified three green hydrogen hubs in the eastern part of the country that had the potential to form a hydrogen valley. The study also identified nine pilot projects in the mobility, industrial and buildings sectors, and looked at opportunities for the export of green hydrogen. To export green hydrogen, South Africa must develop the infrastructure to store and transport either green hydrogen or green ammonia.