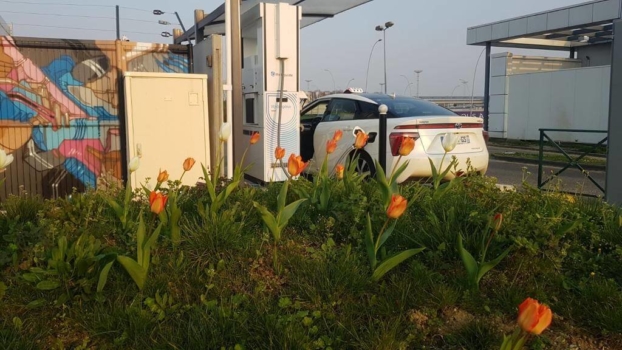 Spring has sprung at Air Liquide’s hydrogen station in Paris.

The above photo was taken by hydrogen-powered taxi fleet Hype and shared on Twitter by cH2ange – an initiative by Air Liquide aiming to foster dialogue around the role hydrogen can play in the energy transition.

Hype taxi, launched in partnership with Air Liquide, has been operating in Paris since 2015 and has more than 100 taxis operating in the French capital city. 600 taxis are expected to be in operation by the end of 2020.