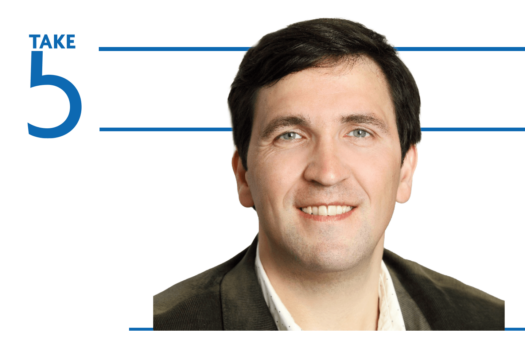 Take 5: An interview with… Dr. Alex Ivanenko, founder and CEO of HyPoint

Thanks for taking five with H2 View, Alex. As founder and CEO of HyPoint, can you tell us a little about your background and the journey that led to your current role?

I got my start at Saratov State Technical University, where I received my Bachelor’s and Master’s degrees, both in engineering, as well as a Ph.D. in electrochemistry. I went on to get an MBA from The Russian Presidential Academy of National Economy and Public Administration (RANEPA). After university, I worked in sales for both 3M and Owens Corning covering Russia and the Commonwealth of Independent States.

In 2018, I founded BMPower, which set out to create low-temperature proton exchange membrane (LTPEM) hydrogen fuel cell systems for heavy drone systems. After achieving early success, BMPower was accepted into the Alchemist Accelerator programme in San Francisco to help the company scale and attract funding.

The concept of zero-emission aviation was also taking shape, but there was a critical problem: the energy density limitations of lithium-ion batteries and the specific power limitations of existing hydrogen fuel cell systems. We realised that the hydrogen fuel cell technology that we had developed for drones could be further developed to meet the needs of larger air transport vehicles — and a radically new approach to zero-emission aviation was born. In 2019, BMPower became HyPoint and our focus shifted to HTPEM fuel cells for aviation and air mobility.