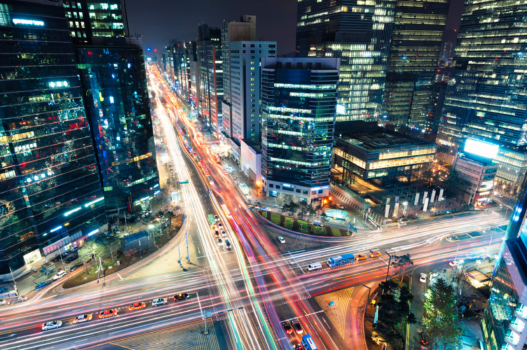 The hydrogen roadmap in South Korea

One of the emerging hydrogen hotspots in the Asia-Pacific region is South Korea. Whilst China and Japan are rightly at the forefront of both hydrogen infrastructure build-out and many of the headline announcements, there are ambitious plans and tangible progress to be seen in South Korea too.

Perhaps synonymous with its burgeoning electronics and manufacturing sectors, home to brands such as Samsung and LG Electronics for example, South Korea is renowned as a high-technology nation that boasts some of the world’s fastest internet connections speeds on the one hand and the most dense high-speed railway network on the other.

This is also a country keenly aware of the importance of the clean energies transition, and in pursuit of bold objectives when it comes to the role of hydrogen with this. The South Korean Government sees hydrogen as a new engine for economic growth and central to the country’s shift to a low-carbon economy in the long-term, with President Moon Jae announcing his government’s determination to build a hydrogen economy – built on a roadmap which would see the country produce 6.2 million units of fuel cell electric vehicles (FCEVs) and build 1,200 refuelling stations by 2040.

In the more immediate term, South Korea plans to have 80,000 hydrogen-powered fuel cell vehicles on South Korea’s roads by 2022 and around 300 stations from which to fuel them.
With South Korea home to over 51 million people and its capital city Seoul alone – regarded as the fourth-largest metropolitan economy in the world – home to around half of this population across its capital area, there can be few better beacons of hydrogen’s progress on the global stage. And in 2020, there are strong signs that the country is moving forward in realising this vision.