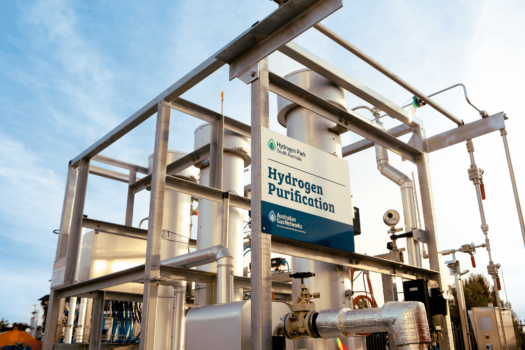 The role for hydrogen in decarbonising Oceania’s gas grids, part 1

You could argue that the switch to hydrogen powering our homes and businesses in the future would be almost underwhelming. Just like natural gas, which is used today, hydrogen can heat homes in exactly the same way. This means there would be minimal changes to how we use gas for heating or cooking. The only difference? There would be no carbon emissions.

Australian Gas Infrastructure Group (AGIG) and New Zealand’s Firstgas Group are investigating the role for hydrogen in decarbonising Oceania’s gas grids, and thus powering our homes in the future. Research from both energy firms shows their distribution networks could be converted to 100% hydrogen by 2050 at the latest.

Operating New Zealand’s gas transmission system, which consists of the 2,200km pipeline and 300km Maui pipeline, Firstgas also operates more than 4,800km of gas distribution network across the North Island. It is through this existing pipeline network that Firstgas plans to introduce hydrogen, and the gas distributor has committed to do this from 2030. Ben Gerritsen, Firstgas Group’s General Manager of Customer and Regulation, said a conversion to 100% hydrogen would reduce New Zealand’s energy emissions by nearly 25%.

In Australia, AGIG started blending 5% hydrogen to more than 700 customers in South Australia in May. By 2030, AGIG is planning to blend 10% hydrogen across all of its gas distribution networks.