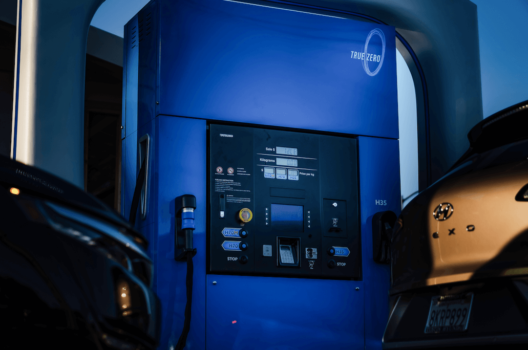 The timing is right: California Fuel Cell Partnership reflects on what 2020’s announcements mean for the future market

2020 has been a landmark year for hydrogen transportation and infrastructure in California. “The momentum going into next year is probably more incredible than I could ever have imagined if I sketched it out,” said Bill Elrick, Executive Director of the California Fuel Cell Partnership. “It’s no longer about proving the technology – we’ve laid a lot of the foundational pieces for this market – it’s about bringing the technology to scale to drive costs down.”

Some of the biggest hydrogen developments in California from the past 12 months include the California Air Resources Board (CARB) in June unanimously approving a first-in-the-world rule requiring truck manufacturers to transition from diesel trucks and vans to electric zero emission beginning in 2024. The Advanced Clean Trucks (ACT) Rule will help slash diesel emissions, improve air quality and paves the way for the adoption of hydrogen fuel cell-powered trucks. By 2045, every new truck sold in California will be zero emission.

Three months later (September), we saw the California Energy Commission (CEC) make its largest investment in hydrogen infrastructure since 2015 and fund upwards of 110 new hydrogen stations. The multi-year grant means the stations will be funded in batches over the next five years (2020-2025), with FirstElement Fuel receiving 45% of the funding.
In the same month, California Governor Gavin Newsom issued an executive order restricting new car sales in the state to only zero emission vehicles by 2035 – the most aggressive legislation move taken by any state in the US in the climate change fight.

“Since we opened the market [in California], we’ve always been infrastructure constrained. We’ve had great success with putting cars out, but the challenge is we’ve pretty much saturated the market for the most part. Many stations are at capacity and automakers are a little leary to put out too many more when the network can’t handle it,” Elrick said.