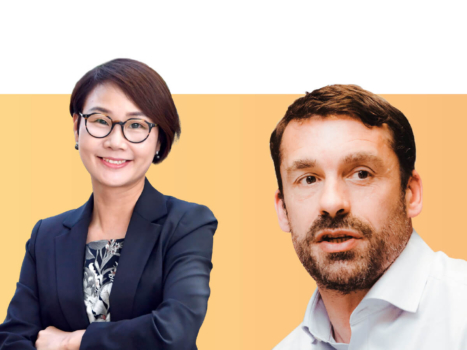 Back in 1874, science fiction writer Jules Verne had an inspiring vision that hydrogen would one day be used as a power source. Nearly 150 years later, during a global pandemic and unprecedented natural disasters, the world seems to now be ready to embrace the potential of an energy future powered by hydrogen.

The International Energy Agency (IEA) announced in June 2019 that hydrogen is enjoying unparalleled momentum and the world should not miss this opportunity to make hydrogen an important part of a clean and secure energy future. In early 2020, South Korea announced a KRW2.6 trillion (around €1.9bn) budget to ensure it is a forerunner in hydrogen; followed by the European Union (EU) releasing its Hydrogen Strategy with investment of up to €180bn by 2050 for a climate neutral Europe1. The most recent announcement came from France, who is putting a €7bn plan in place to support its decarbonised economy.2 And these are just some of the highlights.

But despite the enthusiasm and global recognition, the general public doesn’t always understand hydrogen. Last year, the Hydrogen Council asked consumers in China, Japan, Germany and the US if they are aware of hydrogen as a power source – and less than 13% of people were. However, once hydrogen’s power is explained to them, over 81% of respondents support enhancing its role in the energy system. This research outlines a clear disconnect between public awareness and its energy potential. In other words: when it comes to public adoption, there is support for hydrogen – but not awareness.

We’re proud to say that we’ve waved the hydrogen flag for years because of its versatility, its zero-carbon potential, its ability to store renewable energy, and to create new jobs. But it is still a ‘niche’ industry, and it’s not always easy to capture its benefits as a simple elevator pitch for the everyday person. Because hydrogen is a systemic solution, and can be used in so many ways in different sectors, it can be quite confusing and it’s not always clear where to start.